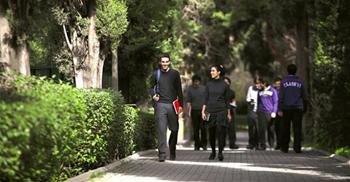 Almost half of the graduates of foreign language high schools in Turkey chose to study at universities abroad for their higher education this year, 30 percent more when compared to last year, with most preferring countries like Germany and Canada, daily Cumhuriyet reported on Aug. 21.

More than half of the graduates of the Istanbul High School, also commonly known as the İstanbul Erkek Lisesi, applied to universities abroad, especially in Germany, while the figure was much less in the previous years.

According to information provided by the Swedish consulate in Istanbul, the number of applications made by Turkish students to Swedish universities increased by 60 percent this year, the daily reported. Asked why the interest for Sweden was high, consulate officials said, “In a country where no discrimination exists, there is a chance of living a very relaxed student life. Sweden gives work permits to students and there is no limit on the number of working hours. The opportunities of scholarship are also very wide, and what matters for Sweden is the quality of the student. Education is not based on memorizing, but instead creativity.”

“This might have been because of the rise in the dollar’s value and the fact that students who can be accepted to these universities can also be placed at other universities with scholarship,” Özenç said.

Özenç added that the number of Turkish students enrolled in preparation courses for international exams such as the SAT, ACT, TOEFL, and IELTS – required when applying to universities abroad – tripled this year. “This shows that next year as well the number of students planning to go abroad will be high,” she said.