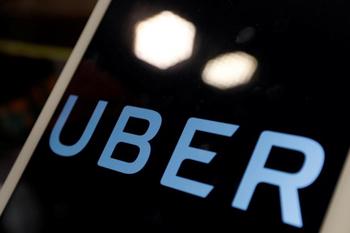 NEW YORK (Reuters) – Four mutual fund companies have marked down their investments in Uber Technologies Inc [UBER.UL] by as much as 15 percent following a scandal-ridden year for the ride-hailing company.

Uber has suffered a series of setbacks in recent months, including a federal probe into its use of technology to evade regulators in certain cities and a trade secrets lawsuit filed by Alphabet Inc’s (GOOGL.O) self-driving unit, Waymo.
Chief Executive Travis Kalanick also resigned in June, pressured by accounts of a corporate culture of sexism and bullying.
Vanguard Group, Principal Funds and Hartford Funds marked down their shares in Uber, which is not listed, by 15 percent to $41.46 a share in June, filings from the companies showed.
T. Rowe Price Group Inc (TROW.O) cut the estimated price of Uber shares by more than 12 percent to $42.73 during the second quarter ended June 30.
Another investor, Fidelity Investments, appeared to have maintained its estimate of $48.77 as of June 30.
Vanguard spokeswoman Arianna Stefanoni Sherlock declined to comment on the reasons for the reduced valuation. Representatives for the other mutual fund companies and Uber could not be reached immediately for comment.
Uber was most recently valued last year at $68 billion. Amid non-stop controversy, it has upended the tightly regulated taxi industry in many countries and changed the transportation landscape.
The new estimates for Uber shares were first reported by the Wall Street Journal.