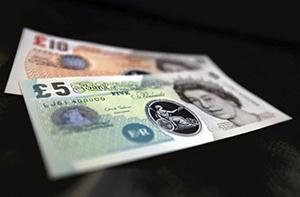 The pound has hit a fresh eight-year low against the euro after the single currency was boosted by strong economic data while the UK still faces Brexit uncertainty.

Sterling slipped close to €1.08 as it continued a recent slide which has taken it beyond previous post-referendum lows.

It has not been as low since October 2009 when it came close to parity with the euro.

The pound’s weakness will add to the expense for British holidaymakers currently on the continent, making meals, hotel stays and road tolls priced in euros more costly.

It came as the single currency was boosted by monthly economic data showing manufacturing export orders growing at their fastest pace for six and a half years.

The pound was also down against the US dollar, trading at below $1.28 for the first time since the end of June.
Britain’s currency has weakened dramatically since the Brexit vote in June threw up uncertainty over what the future holds for business, trading arrangements and the country’s broad economic future.

The slump in the pound has had a major economic impact already, resulting in higher import costs which have helped to drive up inflation.

Now, the Government is trying to move forward formal Brexit discussions with a series of position papers outlining potential compromises over some of the issues likely to block progress.

But the developments are yet to produce a positive impact for sterling.

Bank of Montreal strategist Stephen Gallo said: “We think it’s too early in the cycle for Brexit details to have a dramatic effect on the pound.

“But there hasn’t been any real progress from Brexit negotiators on shifting the discussions from exit conditions over to trade.”