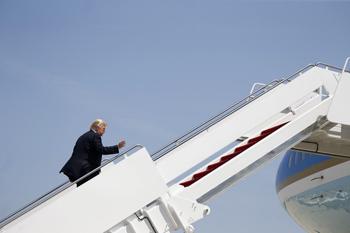 “If you think strong statements or mere pressure from the U.S. will be sufficient to really convince Pakistan to change its calculus, that is like really living in a fool’s paradise.”
KRISHNADEV CALAMUR
“We can no longer be silent about Pakistan’s safe havens for terrorist organizations, the Taliban, and other groups that pose a threat to the region and beyond,” said President Trump in a Monday night speech outlining his new strategy for the war in Afghanistan. With those words, he gave perhaps the strongest public criticism by a U.S. president of Pakistan’s policy in that war, but also echoed a widely held view among U.S. national-security experts. “Pakistan has much to gain from partnering with our effort in Afghanistan. It has much to lose by continuing to harbor terrorists.”