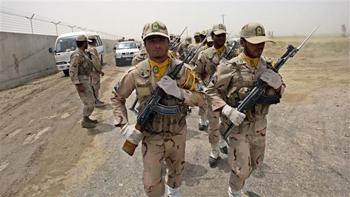 By Nick Wadhams and Chris Kay

As part of what he called a new strategy for the war in Afghanistan, U.S. President Donald Trump said Aug. 21 that his government would take a tough position on Pakistan and ask its archrival India to get more involved in repairing the war-shattered country.

Pakistan had to “change immediately” its practice of harboring terrorists or lose considerable financial assistance from the U.S., he said. Trump is hardly the first U.S. leader to try to bend Pakistan to America’s will. The history of those efforts suggests that Pakistan’s leaders are more likely to be influenced by developments in their neighborhood than by threats from the U.S.
1. What is Trump’s complaint?

His administration, like those of the past, argues that Pakistan continues to harbor terrorist groups and support the Afghan Taliban despite having received more than $20 billion since 2001 in U.S. economic aid and military funding to combat terrorism and help serve as a counterweight to the group that once ruled Afghanistan.
2. How valid is the complaint?

While Pakistan denies that it harbors terrorists, experts generally agree that some elements in the powerful military have armed, supplied and given sanctuary to militant groups, including the Afghan Taliban, the affiliated Haqqani Network and various pro-Pakistani Kashmir outfits, that launch attacks into neighboring nations. The U.S. points to the fact that al-Qaeda leader Osama bin Laden lived for six years in a compound in the Pakistani city of Abbottabad, the site of a major military academy, before U.S. commandos killed him in a raid in 2011. Pakistani leaders denied that they knew he was there. In recent years, Pakistan’s military has ruthlessly cracked down on insurgents that attack its own soil, and security across the country has vastly improved. But some groups still use bases in Pakistan to launch attacks on U.S.-backed forces in Afghanistan, according to General John W. Nicholson, who heads NATO-led forces there. After 150 people died in a May 31 explosion in the Afghan capital Kabul that Afghan officials blamed on the Haqqani Network and Pakistan’s main spy agency, President Ashraf Ghani said Pakistan was waging an “undeclared war of aggression” against his country, an accusation Pakistan said was “unwarranted.”
3. How have past U.S. governments dealt with this?

For one thing, by independently targeting high-level extremists in Pakistan. The U.S. didn’t inform Pakistan’s government about the operation against bin Laden until it was completed. In 2016, the U.S. used a drone to kill a top Afghan Taliban leader as he traveled through Pakistan. Second, the U.S. has become stingier toward Pakistan and has begun withholding military funding after claiming Pakistan has done little to clamp down on groups such as the Haqqani Network. Total aid and military reimbursements fell from $2.6 billion in 2012 to $1.1 billion in 2016. In 2016, the head of a Senate committee blocked the sale of eight fighter jets to Pakistan — which would have been paid for with U.S. taxpayer dollars. In the past couple of years the U.S. has withheld millions of dollars in aid after repeatedly concluding that Pakistan hasn’t taken sufficient action against certain extremist outfits.
4. To what effect?

Most observers say little. With U.S. support waning, Pakistan now has a larger benefactor: China — which is financing more than $50 billion in infrastructure projects across the country. Pakistani politicians and military leaders also bristle at the implication that they aren’t themselves paying a heavy price in the war against terror in terms of casualties and cost. Pakistan stepped up its fight against militants after more than 100 children were killed at an army-run school in Peshawar, outraging the country and the military in particular. The assault was carried out by the Pakistani Taliban, a jihadist group that unlike the Afghan Taliban is focused on Pakistani targets. It was in response that Pakistani security forces ramped up action in the tribal regions bordering Afghanistan.
5. Why has Pakistan harbored terrorists?

Without necessarily agreeing with the Taliban’s extreme views, many in Pakistan support its fight against what they see as a Western invasion against a fellow Islamic nation. There’s also a long history here. After the 1979 Soviet invasion of Afghanistan, Pakistan’s main military intelligence agency became a conduit for CIA covert arms and funding to extremist mujahedeen groups waging jihad against the Russians. After the Soviet retreat a decade later, the U.S. pulled the plug on funding, and Afghanistan plunged into civil war and chaos during the 1990s. Pakistan continued to back favored warlords and the emerging Taliban movement as proxies in a bid to assert control over the country and to stop potential influence by India.
6. Why are Pakistan and India at odds?

Since gaining gaining independence from the British Empire 70 years ago, Pakistan and India have fought multiple wars over the disputed region of Kashmir, which both claim in totality. The nuclear-armed rivals are wary of a full-blown and potentially catastrophic conflict. Pakistan has been accused of arming Kashmiri groups that attack Indian targets, while denying responsibility.
7. Are there risks to alienating Pakistan?

Trump’s talk of getting India more involved in Afghanistan plays on one of the great fears of the military establishment in Pakistan, which is sandwiched between the two countries: that the neighbors to the east and west will gang up against Pakistan. Pakistan has supported extremists hostile to India and Afghanistan’s U.S.-backed government in part to deter them from ignoring Pakistan’s interests and could escalate its support to punish any movement by its neighbors to close ranks. Trump’s approach is also likely to push Pakistan further into the arms of China. The level of financial investment in Pakistan suggests China, which voiced support for Pakistan after Trump’s comments, won’t play along if the U.S. rolls out sanctions against Pakistani officials, something that U.S. counterparts have hinted at. Pakistan also sits on major NATO supply lines into Afghanistan and has proved willing to close them. In 2011, after NATO helicopters mistakenly killed two dozen Pakistani soldiers on a border post, the government shut down supply lines for several months in protest. Finally, further cuts in U.S. military aid could backfire by undermining Pakistan’s efforts, albeit incomplete, to fight insurgency.