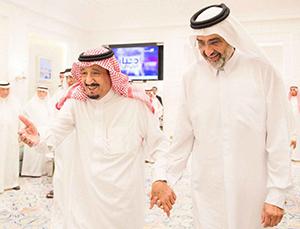 Buying support from West and East to sidestep its neighbors.
By Peter Waldman and Mohammed Sergie