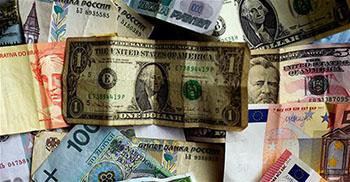 Turkey received over $4.9 billion in net foreign direct investment (FDI) during the first half of 2017, with the European Union being the top investor again, Economy Ministry data released on Aug. 22 revealed.
Foreign investment in Turkey decreased by 8 percent during the January-June period this year compared with the same period of 2016, it showed.

In the first half of the year, 2,429 new companies funded by international capital were established in Turkey while 93 domestic firms received capital from foreign participants from the wholesale, retail trade, property renting and construction sectors.

As of June, some 40 percent of the nearly 55,639 companies that benefited from foreign funds or participation were linked to EU states.

Direct investment from EU countries to Turkey rose by 61 percent year-on-year in the first half of 2017.
Investment from the 28 EU states leapt to $2.72 billion between January and June, up from $1.69 billion over the same period last year, the ministry reported.

EU countries made up two-thirds of all foreign investment over the first six months of the year.

The figures do not account for foreign investment that left Turkey over the same period.

Investment from the Netherlands saw the sharpest increase, rising to $821 million from $403 million in 2016 while German investment dropped to $170 million from $181 million.

Investors from other parts of the world also increased their stake in Turkey.

Asian countries invested more than $1.1 billion, a 138 percent rise on the previous year. This included a 322 percent jump in investment from Gulf states.

Financial intermediaries received the most FDI with almost $1.2 billion, followed by electricity, gas and water supply sectors – $918 million – between January and June.

The manufacturing industry received more than $644 million in FDI during the same period.

In June, Turkey received minus $282 million net of FDI as liquidation outflows stood around $1.52 million while direct investments were almost $1.24 billion.