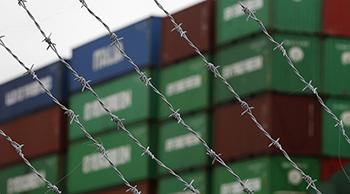 China is talking tough over Washington’s investigations into trade practices. Beijing has accused the US government of sabotaging the global trading system.
Beijing pledged to use “all means necessary” to defend the interests of the country and its companies against the investigation, said Ministry of Commerce spokesman Gao Feng.
“The US investigation of China based on domestic laws sabotages the existing international trading system, and has poured cold water on all parties that have been working to promote bilateral economic ties,” he said.

Gao stressed China had no plans to change its policies on backing investment by Chinese corporations abroad.
Last week, Washington began an official investigation into whether Beijing is making US companies transfer American intellectual property, technology, and innovation to China.
The probe, backed by a US trade law from 1974, will reportedly last a year and may allow Washington to impose economic penalties on China, including setting tariffs on imports to the US.
Earlier this week, Washington initiated a dispute settlement panel at the World Trade Organization to check on China’s administration of tariff rate quotas on agricultural products. The step reportedly might make Beijing change its policies or face retaliation if the US wins the dispute.
Gao also said Beijing was hugely disappointed by the US measures, which he described as “unilateral and protectionist.”
China still hopes to cooperate with the US to consolidate achievements from previous talks and to reach further positive outcomes, said the spokesman.