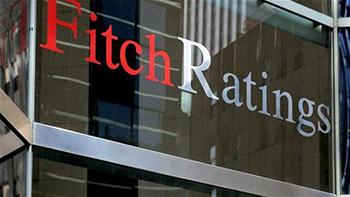 Fitch Ratings has said the rapid loan growth at Turkish banks in the first half of the year resulted from the significant impact of a government initiative to stimulate lending, estimating that the loan growth of the sector might hit 20 percent in 2017.

“Turkish bank sector loan books grew 10.5 percent in the first half of the year, driven by the introduction of the government’s credit guarantee fund (CGF), which aims to help SMEs obtain credit. We expect growth could reach 20 percent for 2017, giving banks a profit boost even though funding costs have risen due to tighter Turkish lira liquidity and higher costs for central bank funding and foreign-currency swaps,” the agency stated in a report on Aug. 24.

Loans covered by the CGF are guaranteed up to a 7 percent non-performance level (portfolio basis) but the guarantee would fall away if that level were exceeded, which should deter banks from significantly loosening their underwriting standards, it added.

However, high levels of watch-list and restructured loans and single-name concentrations make banks vulnerable to asset-quality deterioration – a particular risk given the recent loan growth and lira depreciation in recent years, Fitch warned.