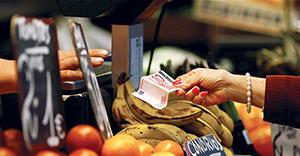 By Tugce Ozsoy
While angry exchanges between Germany and Turkey have pushed diplomatic relations between the countries to new lows, Istanbul stock investors appear confident the feuding will be limited to verbal jousting.

Bellicose utterances out of Ankara and Berlin’s responses haven’t done much to pause the rally in Turkish stocks: the benchmark index has gained about 41 percent so far in 2017, making it one of the world’s five best-performing markets as investors pursue enticing returns in emerging stock markets like Istanbul’s.
There are reasons for investors to remain calm: Germany is the number one destination for Turkish exports, while a refugee deal with the European Union sees Turkey house refugees, mainly from Syria, in return for billions of euros in aid and the continued prospect of EU membership.
Relations between the two countries have turned more hostile since Turkey arrested a German-Turkish journalist at the end of February. Germany refused to allow Turkish government ministers to campaign for the votes of expatriates before a referendum in mid-April that handed President Recep Tayyip Erdogan sweeping powers. In the latest irritation for Berlin, Erdogan called on Germany-based Turks with votes in next month’s election there to shun political parties he blamed for verbally attacking his country.
Below are the views of some money managers and economists on how the dispute will play out:
Ozgur Altug, chief economist at BGC Partners in Istanbul:
• “The market perception is that no matter how much tensions rise between the EU countries and Turkey, especially in pre-election periods, they both have their reasons for not making bolder moves and parting ways. Turkey needs the EU economy and customs union. The EU, on the other hand, needs to keep its line of communication with Turkey due to security reasons, the refugee deal and the Cyprus issue.
• “There has been similar escalation ahead of elections in Turkey, the Netherlands, France, and now it’s Germany. In all previous instances, the relationship soured, but hasn’t been broken. So now the market thinks it will not be any different.”
Carsten Hesse, a London-based Emerging Europe equity strategist at Berenberg Bank:
• “Turkey’s President Erdogan holds the ace card — or better, millions of aces in the poker game. Germany can’t do anything that would punish Turkey a lot, as otherwise Erdogan opens the border to the millions of Syrians and other refugees who may try to go to Germany or elsewhere in Europe.
• “It is pre-election talk in Germany. Before elections politicians are always talking tough to get attention and votes, but after the election the political reality comes back, and they know that Turkey has the better cards in the game. Furthermore, there is a massive global risk-on rally going on.”
Anastasia Levashova, a fund manager at Blackfriars Asset Management in London:
• “While Turkey and Germany relations are definitely at their recent historical low, they aren’t likely to result in an official call for Germans not to travel to Turkey, or even worse, a cut of diplomatic ties between the two countries. Germany and Turkey are too dependent on each other in trade, military and security areas for outright and open conflict.”