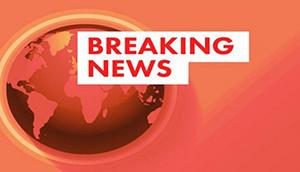 By TM
With two new decrees that Turkey issued on Friday morning, enabled by state of emergency powers, 310 more people were purged from public service.

The new decrees, published in the Official Gazette, are numbered 693 and 694, are an addition to several others that have led to the purge of more than 146,000 people since a failed coup on July 15.

According to the new decrees, 142 from Justice Ministry, 29 from Interior Ministry, 19 from Defense Ministry and 120 academics from universities were dismissed from profession.

Turkish government has suspended or dismissed more than 146,000 people, including soldiers, judges, teachers, police officers and civil servants, since July 15 through government decrees issued as part of state of emergency.

Turkey survived a military coup attempt on July 15 that killed over 240 people and wounded more than a thousand others. Immediately after the putsch, the Justice and Development Party (AKP) government along with President Recep Tayyip Erdoğan pinned the blame on the Gülen movement.

Turkish Justice Minister Bekir Bozdağ announced on July 7, 2017 that at least 50,504 people have been arrested and 168,801 are the subject of legal proceedings.