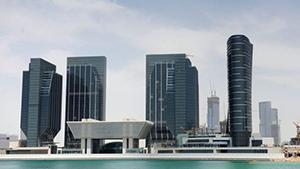 A man and a pre-operative transgender woman from Singapore have been jailed in the United Arab Emirates for a year for wearing women’s clothes.

They were stopped at a shopping mall in the UAE capital, Abu Dhabi, on 9 August but their arrest and rapid trial are only being reported now.
The pre-op transgender woman who was jailed visited the UAE many times in the past without incident, her friends say.
Cross-dressing is illegal in the UAE.
The country also outlaws homosexual acts and sex outside marriage, and people have been arrested for kissing in public.
Nur Qistina Fitriah Ibrahim, known also as Fifi, was trying to eat in a food court with freelance fashion photographer Muhammad Fadli Bin Abdul Rahman when they were detained.
It appears they were in the UAE for a photo shoot and had only arrived the previous day.
Mr Fadli was wearing a white T-shirt, a bow tie and earrings at the time, his brother Muhammad Saiful Bahri Bin Abdul Rahman was quoted as saying by The Associated Press.
It is not clear what Ms Ibrahim was wearing but her documents still state her gender as male because she has not undergone reassignment surgery, her younger sister, who wanted to be known only as Madam Rozy, told the Straits Times.
An official court document in Arabic, quoted by the Straits Times, says two Singaporean men were caught wearing women’s clothes in public and behaving indecently.
‘It’s ridiculous’
“We are a very close-knit family and are very worried for her,” Ms Ibrahim’s younger sister said.
Muhammad Saiful Bahri Bin Abdul Rahman, Mr Fadli’s brother, told AP: “I hope to bring my brother back to Singapore as soon as possible. My brother is a friendly, selfless and jovial person. It’s ridiculous to be jailed for his dressing.”
Both Singaporeans were not represented by a lawyer in court, Mr Saiful said, nor was there anyone from the Singaporean embassy, “so he could not have defended himself”.
However, Singaporean Foreign Minister Vivian Balakrishnan has told the family in an email, seen by the Straits Times, that “consular and mission colleagues will do their best to assist your brother. I understand that they are already in contact with you and your brother. Please let me know if you need further assistance.”
Attempts are reportedly being made by a friend of Mr Fadli to find a lawyer for the pair, who may be able to lodge an appeal.
Radha Stirling, head of the Detained in Dubai campaign group, said in a statement that while the UAE had built a “tolerant, cosmopolitan image… the laws continue to reflect the conservative, traditional values of the society”.
“Transgender people are generally categorised as ‘cross-dressers’: as a man who dresses as a woman,” she added.