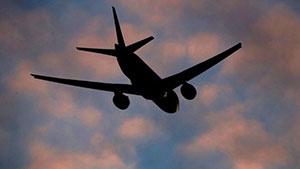 And two separate sets of data show claims made by Theresa May to justify a crackdown on foreign students purportedly “overstaying” their visas were inaccurate by a margin of at least 90 per cent.

Furthermore the number of foreign students opting to study in Britain has also declined since Brexit.

Britain’s high immigration figures were at the heart of the EU referendum campaign, with Leavers vowing to “take back control” and UKIP pushing for Britain to adopt an Australian-style points-based system favouring skilled migrants, an idea the Tories have since rejected.

In 2010, then prime minister David Cameron pledged to reduce net migration to the “tens of thousands”; a promise which has been continued by Theresa May but yet to materialise.

Nicole White from the Office of National Statistics (ONS) said net migration decreased by 81,000 to 246,000 in the year to March 2017, driven mainly by an exodus from EU8 nationals.

The EU8 refers to the eight Eastern Europeans countries: the Czech Republic, Estonia, Hungary, Latvia, Lithuania, Poland, Slovakia and Slovenia which joined the EU in 2004.

“These results…indicate that the EU referendum result may be influencing people’s decision to migrate into and out of the UK,” Ms White said.

But she cautioned that “it is too early to tell if this is an indication of a long-term trend.”

Former Labour Cabinet Minister Ed Balls recently told Fairfax Media the Blair government failed to predict the surge in immigration to Britain and other wealthier countries due to the EU expansion.

Ian Murray, a Scottish Labour MP and a leading campaigner of Open Britain, which is pushing for a soft Brexit, said the government’s attempts to curb migration was wrong.

“The government should drop the target and change its rhetoric to emphasise that Britain remains an open and welcoming nation, not a place turning away from the world.”

UKIP members of the European Parliament said the numbers of migrants were still unsustainably high.

Britain’s net migration figure controversially includes foreign students temporarily living in the UK to study. Critics have long argued that this distorts the true number of people moving there to live and work.

One of those is Séamus Nevin from the Institute of Directors, who said the decline in net migration was “nothing to be celebrated” and could lead to a brain drain in Britain.

“Given unemployment is currently at its lowest level ever (4.5per cent), without the 3 million EU citizens living here the UK would have an acute labour shortage.

“Signs that it is becoming a less attractive place to live and work are a concern,” he said.

In 2015, Mrs May, who was Home Secretary at the time, said “too many” students were overstaying their visas and blamed them for doubling the net migration figure.

“So I don’t care what the university lobbyists say: the rules must be enforced. Students, yes; over-stayers, no,” she told the Conservative party conference.

Last year, her successor in that role Amber Rudd also used the annual Tory party conference to hit out students and vowed to tighten entry requirements.

Zac Gross, a 30-year-old Australian completing a PhD at Oxford University, said the findings were no surprise given the severity of UK immigration rules.

“They make it impossible to work, study or travel if you overstay,” he said.

“If you do overstay you are unable to visit the rest of Europe which is a pretty big turn off.

“The UK also has super strict rules regarding work, I have to bring in my visa even if I get a new teaching gig with my own university.”

Despite the figures debunking their claims that overstaying is an issue, there are signs the government’s harsh rhetoric is having an effect, with Britain recording a 27,000 decline in the number of students applying to study at British universities,

Mr Nevin said the drop should serve as a warning.

“Higher education is a key sector of our economy and being open to the best students and workers from around the world is vital for the success of British business,” he said.

He urged the government to adopt Australia’s approach in excluding students from the overall migration figure.

Alistair Jarvis from Universities UK said the data showed that the number of students overstaying their visas is a “tiny fraction of previous, incorrect, claims.”

“It is crucial that future student visa policy is developed using robust data. This should be coupled with a positive international communications campaign led by government to highlight that international students are welcomed and valued visitors to the UK.”