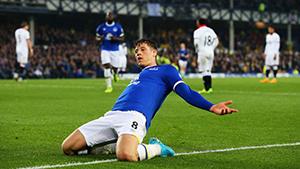 A round-up of the latest football gossip from Saturday’s newspapers.

THE SUN
Chelsea plan to hold talks with Everton over a £30m deal for Ross Barkley after the two teams clash on Sunday.
England star Alex Oxlade-Chamberlain has snubbed a £180,000-a-week contract offer from Arsenal and is now waiting to see if he will be allowed to move to Chelsea.
DAILY MAIL
Arsene Wenger is open to selling Shkodran Mustafi ahead of Thursday’s transfer deadline – just 12 months after signing the defender.
DAILY MIRROR
Chelsea will try to hijack Tottenham’s move for Ross Barkley and hold talks with Everton this weekend.
Crystal Palace are refusing to give up on the transfer of Liverpool defender Mamadou Sakho and are preparing one final bid.
Newcastle and Watford are weighing up a late move for Islam Slimani after Leicester tied down Leonardo Ulloa.
Pep Guardiola has left the door open for a late transfer splash to add to the £210 million Manchester City have already spent in the current window.
DAILY STAR
Manchester United boss Jose Mourinho will let Andreas Pereira join Valencia on loan.
THE GUARDIAN
Tottenham will sign Serge Aurier from Paris Saint-Germain for £23m if the defender can resolve the issues that relate to his convertible two-month prison sentence.
DAILY TELEGRAPH
Chelsea are weighing up a late bid for Swansea City’s Fernando Llorente, who is interested in playing under Antonio Conte again.
Chelsea are growing increasingly optimistic that they will sign Alex Oxlade-Chamberlain before the transfer window shuts.
THE INDEPENDENT
Crystal Palace are still in the hunt to sign Mamadou Sakho this summer, despite repeatedly playing down their chances of signing the French international defender.
Kevin Wimmer and Ognjen Vranjes are alternatives for Palace should Liverpool refuse to budge on their asking price for Sakho.
Mauricio Pochettino is targeting another three signings as Tottenham’s summer spending finally gets underway.
THE TIMES
Manchester City will launch a third bid, of more than £25m, to sign Jonny Evans from West Bromwich Albion.
DAILY RECORD
Paris Saint-Germain have concluded an agreement with AS Monaco to sign Kylian Mbappe and Fabinho from the Ligue 1 champions.
Fabinho will be replaced in the Monaco squad by Anderlecht midfielder Leander Dendoncker.
Neil Lennon has revealed he is hopeful of signing a new Hibernian deal within the next 24 hours.