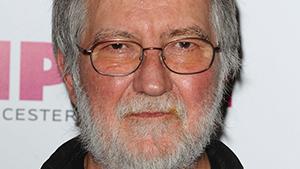 By Pat Saperstein
Tobe Hooper, the horror director best known for helming The Texas Chain Saw Massacre and Poltergeist, has died. He was 74.
The Los Angeles County Coroner’s Office said it was reported as a natural death.

The influential 1974 Texas Chain Saw Massacre became a seminal horror title for its realistic approach and deranged vision. Shot for less than $US300,000, it tells the story of some unfortunate friends who encounter a group of cannibals on their way to visit an old homestead.
Though it was banned in several countries for violence, it was one of the most profitable independent films of the 1970s. The character of Leatherface was loosely based on serial killer Ed Gein.
Hooper’s 1982 film Poltergeist, written and produced by Steven Spielberg, also became a classic of the genre.
Filmmaker friends and followers – including author Stephen King, horror icon John Carpenter (Halloween, The Thing) and Australian director James Wan (Saw, The Conjuring) – were among the Hollywood celebrities paying tribute to the late director.
“One of the nicest people. A sweet, gentle soul of a man. Your legacy lives on,” Wan wrote in a Twitter post.
Hooper was born in Austin, Texas and taught at college before starting out in documentaries.

The iconic Leatherface in Hooper’s Texas Chain Saw Massacre.
He is survived by two sons.