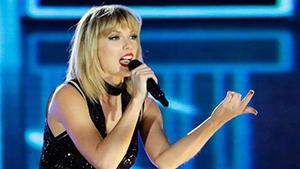 Elahe Izadi
The actual music video for Taylor Swift’s new single hasn’t even been released yet, and already her lyric video has broken a YouTube record.

Taylor dropped her single Look What You Made Me Do on Friday afternoon, along with an Alfred Hitchcock-style animated lyric video, which was viewed more than 19 million times on its first day. That made it the most-viewed lyric video on YouTube in a single day, Variety reported.

The title had previously been held by the lyric video for Something Just Like This from Coldplay and the Chainsmokers, which racked up 9 million views in a single day.

And that’s not all.

On Spotify, listeners streamed Look What You Made Me Do more than 8 million times, setting a global record for the most first-day streams on the platform, the Associated Press reported.

On top of all that, lots of people actually paid cold hard cash to have the song in their digital libraries, Billboard reported.

On Saturday, the song was downloaded about 200,000 times – it took Ed Sheeran’s Shape of You an entire week to get that many downloaded.

Billboard reported that forecasters predict Taylor’s single will rack up a half million downloads in its first week out, making it the biggest single debut since Adele’s Hello in 2015.

Swift’s single comes off her forthcoming album, Reputation, which will drop on November 10.

As far as the actual music video for Look What You Made Me Do, the full thing will be released on Monday during MTV’s VMA awards.