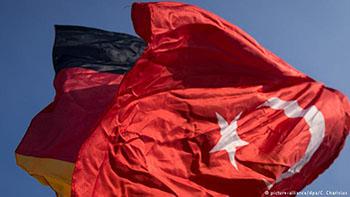 Top German lawmakers have urged the EU to halt aid payments to Turkey and halt talks on a new customs union deal. The calls come as Berlin has revealed details of another German national detained in Turkey.
The leader of Germany’s Social Democrats (SPD) Martin Schulz, on Sunday accused Turkish President Recep Tayyip Erdogan of establishing a political tyranny and called on the European Union to scrap any further negotiations on expanding its customs union with Turkey.

“How much longer can one allow that a president, who has already lost all sense of restraint domestically, also loses every sense of restrained internationally?” Schulz said in an interview with German public broadcaster ARD. “Can we continue to accept that innocent German citizens languish in prisons in a country ruled by tyranny?”
According to the German government, 54 German nationals are being held in detention in Turkey, ten of which for political reasons. Two of the most high-profile detainees are jailed journalist Deniz Yucel and rights activist Peter Steudtner.
Schulz, the main challenger to Chancellor Angela Merkel and her Christian Democratic Union (CDU) in next month’s federal election, warned that Germany would have to seek its own hardline measures against Turkey if Erdogan refused to cooperate.
One measure would be to halt any talks of expanding Turkey’s customs union with the EU. Ankara has made no secret of its ambition to boost market access for Turkish enterprises in the EU and sees the current arrangement, agreed back in 1995, as too restrictive.
Time to turn off the taps
Horst Seehofer, the leader of the Christian Social Union (CSU), the CDU’s Bavarian sister-party, called on the EU to freeze all aid payments to Turkey.
“Payment aimed at preparing Turkey to join the EU must immediately be put on hold,” he told Germany’s Funke media group on Monday. The state premier of Bavaria went on to say that barely a week passes in which Ankara doesn’t issue further threats and provocations.
Turkey is scheduled to receive almost 4.5 billion euros ($5.4 billion) for the period from 2014 to 2020. The money is meant to help bring its institutions up to a European standard and ultimately help it become a member of the bloc.
Drastic measures only serve Erdogan
German Foreign Minister, Sigmar Gabriel joined in the chorus of condemnation directed at Ankara, but warned that any action too drastic would only serve to strengthen Erdogan.
During a press conference Sunday in Berlin, Germany’s top diplomat said it would be wrong to completely call off EU-accession talks with Turkey as “Erdogan is waiting for just that.”
“He (Erdogan) would then be able to back up his notion that Europe is turning its back on Turkey,” Gabriel said. “He faces so much discord at home that he needs to take aim at a foreign foe.”
Gabriel has in recent weeks taken a more hardline approach against Turkey. In July, he delivered the government’s most strongly-worded statement yet against the Erdogan regime. As part of Germany’s “reorientation” in policy towards Turkey, Gabriel warned German citizens to exercise extreme caution when traveling to Turkey and advised German firms against investing and doing business in the country.
German pilgrim detained in Turkey
Germany’s Foreign Ministry admitted on Sunday that another German national had been in detention in Turkey since April. The case had not been reported in the German until the Bild am Sonntag newspaper broke the story.
Little official information known is about the prisoner, David B. The 55-year-old, from the northern city of Schwerin, was reportedly on a pilgrimage to Jerusalem before being arrested in south-eastern Turkey. While the reasons for his arrest have not yet been disclosed, he is thought to have lived with a Kurdish family while traveling through Istanbul.
A spokesperson for the German Foreign Office said that David B. had received consular advice from the German embassy in Ankara.
The leader of Germany’s Green party, Cem Özdemir, told the local newspaper Schweriner Volkszeitung the case was the latest example of Erdogan collecting “hostages against our country.” He added that Erdogan only understood a hardline stance and the “language of money.”
dm/rt (dpa, AFP, Reuters)