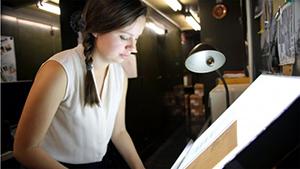 By Alex Newman PRI’s The World
In a cramped Harvard University sub-basement, a team of women is working to document the rich history of women astronomers.