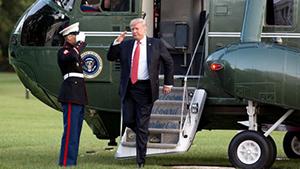 Jon Sopel North America editor
This week across America, millions of children will be getting ready to go back to school and returning home that evening with their first work assignment – an essay with the title: “What I did on my summer holidays.”