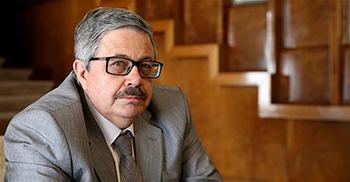 Turkey and Russia’s desire to expand bilateral trade to $100 billion is demanding but an attainable goal that can be realized with the help of mutual investments globally, Russia’s new ambassador to Turkey has said.

Speaking in Ankara on Aug. 28after attending the 86th Izmir International Fair, where Russia attended as a partner country, Alexei Yerkhov hailed Turkey as a “crucial” trade partner for Moscow in a wide range of areas including the construction sector.

“There are very serious and important investment activities for Ankara and Moscow in our states that are not limited to only the construction sector,” YErkhov said.

“Russia’s biggest companies have been investing in the Turkish economy for a long time while Turkish companies are operating very successfully in the Russian market.”

Yerkhov said that bilateral trade between Turkey and Russia started with shuttle trade in the 1990’s, but now the sphere of cooperation has expanded to the extent now that huge infrastructure projects are being implemented, including the Turkish Stream natural gas project and Turkey’s first nuclear plant – the Akkuyu Nuclear Power Plant.

The trade volume reached a record high in 2010 with $34 billion, a time when political parties first voiced the target of $100 billion, according to the Russian ambassador.

“However it is important to note that our trade volume recently decreased extensively for known reasons as well as due to market conditions. It dropped around 50 percent compared to levels seen seven or eight years ago.

“Despite this, the target to increase the mutual trade volume up to $100 billion is a demanding but attainable goal,” he said.

Yerkhov underlined that both the business world and regional governors are working hard to reach this goal, adding that an important example to this effort is evident in the Alabuga Free Trade Zone in the Republic of Tatarstan in which Turkish firms actively operate.

In reaching the trade volume target, the cooperation and synergy between Turkey and Russia is key, Yerkhov said, adding that the recent agreement between Iranian private company Ghadir Exploration and Production Company, the Russian state company JSC Zarubezhneft and Turkish Unit International to develop oil and natural gas fields in Iran is a good example of this kind of cooperation.

“JSC Zarubezhneft is a very serious and successful company with extensive experience especially abroad. This trilateral agreement is a good example and indicator of cooperation between our countries,” he said.

Russia started to distribute its first electronic payment cards in June, which are independent from international payment systems such as Visa Inc. and MasterCard Inc.

“I am sure that the Turkish business world would like to integrate this system which now works only with the local ruble currency,” he said.

Turkey’s economy minister Nihat Zeybekci during his speech in Turkey’s Aegean province of Izmir on the opening day of the Izmir International Fair, said Turkey wants to start negotiations on the Eurasian Customs Union. The union comprises members of the Eurasian Economic Union (EAEU), which includes Armenia, Belarus, Kazakhstan, Kyrgyzstan and Russia.

In response to the question on how Turkey-Russian and Turkey-EU relations would be affected by Turkey’s aim to start negotiations on the Union, Yerkhov said that the issue is more to do with macro-economical balances, but he expressed his support for the negotiations.

Imports of Turkish tomatoes to Russia were discussed in detail during the Izmir fair both at the Joint Economic Commission level and among Turkish and Russian experts, according to Yerkhov.

“Today, Russia meets 80 percent of its tomato demand from the domestic market and 20 percent from Iran, Azerbaijan, Morocco, etc.,” he explained.

The ambassador highlighted the importance of two upcoming meetings to resolve the issue, one being the joint agriculture committee meeting to be held in Antalya on Sept. 13 and the other on Oct. 20 in a meeting of the Joint Economic Commission in Kazan.

“I hope that if we try we can find a mutually beneficial agreement at that time,” he concluded.

Moscow took several measures against Ankara after Turkey shot down a Russian military jet over an airspace violation in November, 2015, including banning imports of Turkish agricultural products and ending visa-free travel for Turks.

Since last summer, Russia has relaxed the measures and lifted bans on some products, particularly citrus fruits.

During a May 3 visit to Russia, Turkish President Recep Tayyip Erdoğan and Russian President Vladimir Putin had agreed on the resumption of trade, including food and textiles, but with the exception of tomatoes. 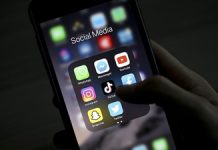 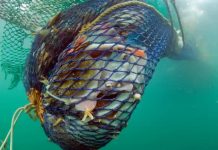 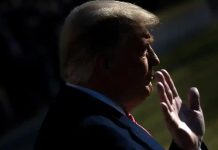