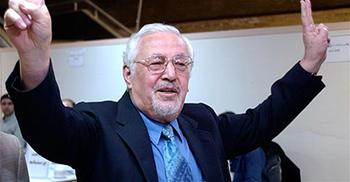 Iran’s official Islamic Republic News Agency (IRNA) has reported that one of the country’s most influential dissident politicians who once served as foreign minister, Ebrahim Yazdi, has died in Turkey. He was 85.

The report on Aug. 28 said Yazdi died in the Aegean province of İzmir, due to complications from cancer. He was a close ally of Ayatollah Ruhollah Khomeini, the late leader of the 1979 Islamic Revolution.

Yazdi’s party, the Freedom Movement of Iran, was part of the revolution but later turned against the clerics as they consolidated power and crushed dissent. He was purged from office in early 1980s; he served as foreign minister in 1979 and a lawmaker until 1983.

He was frequently sentenced to prison over security charges. He supported moderate President Hassan Rouhani.

Yazdi was in İzmir for medical treatment after being denied a U.S. visa.