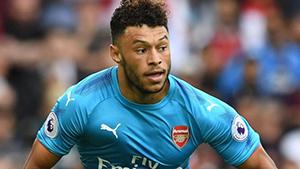 Check out all the latest rumours, gossip and transfer odds from Tuesday’s national newspapers.

Liverpool are ready to spend another £135m to land Virgil van Dijk and Thomas Lemar – after making Naby Keita their club-record signing.

Luke Shaw is in line for a 12-month deal extension so Manchester United can protect their investment.

Tottenham could potentially miss out on signing Paris Saint-Germain star Serge Aurier, as he prefers a move to Manchester United.

Manchester United, Arsenal, Everton and Chelsea have lost out to Bayern Munich in the race for Dutch wonderkid Josh Zirkzee.
DAILY EXPRESS

Chelsea are closing in on a £75m double deal for Alex Oxlade-Chamberlain and Danny Drinkwater.

Sam Allardyce could be in line for a shock return to Crystal Palace – just three months after quitting the club.

West Ham have delivered an ultimatum to Sporting Lisbon over William Carvalho as they attempt to get the price of the midfielder lowered.
DAILY MIRROR

Manchester City are expected to make a fresh bid for Jonny Evans after Leicester failed with a £21m offer.

Slaven Bilic has been given four more Premier League games to save his job after West Ham’s terrible start to the season.

Nice star Jean Seri has given Liverpool and Arsenal a boost in their hope of signing him – claiming he’d love to join one of the ‘big European clubs’.

Shkodran Mustafi is ready to move to Italy as Arsenal continue negotiations with Inter Milan.

Brighton have been offered the chance to sign Arsenal defender Mathieu Debuchy.

Swansea City are set to join the fight for Bayern Munich’s Renato Sanches as they seek a replacement for Gylfi Sigurdsson.
DAILY STAR

Arsene Wenger and his coaching staff carried out an Anfield massacre post-mortem on Monday as Arsenal lurched into an early-season crisis.

Crystal Palace boss Frank de Boer is ready to bid for Jose Fonte to save his job.

Slaven Bilic will be given the chance to revive West Ham’s fortunes following positive meetings with the club’s hierarchy.

Jack Butland is eyeing the England No 1 jersey for the World Cup qualifiers against Malta and Slovakia.
DAILY TELEGRAPH

Liverpool’s bid to sign Thomas Lemar could be boosted by Monaco’s interest in striker Divock Origi.

Zlatan Ibrahimovic is hoping to be available again in time for Manchester United’s rush of Christmas fixtures.