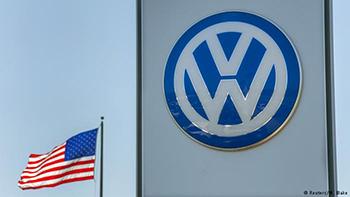 German auto giant Volkswagen has announced a recall of 281,000 cars in the United States due to defective fuel pumps. The recall is another blow to the image of the auto giant after the Dieselgate scandal.
Volkswagen is recalling 281,000 cars in the United States because defective fuel pumps could cause vehicles to stall, raising the possibility of a crash, the company said Tuesday.

“Interruption of electrical power to the fuel pump control module may cause the fuel pump to fail,”
the US branch of the German carmaker said in a letter to the National Highway Traffic Safety Administration (NHTSA).
“If the fuel pump fails, the engine will stall, increasing the risk of a crash.”
The recall affects 2009-2016 CC sedans and 2006-2010 Passat and Passat wagons.
New parts ‘currently unavailable’
Volkswagen said it would replace the parts at dealerships at no cost. However, the new parts are “currently unavailable.”
Car owners will be notified about the defect in October and receive a second letter when replacement parts are available.
The company said there were no known accidents caused by the defect.
Knowledge of the fuel pump problem came after Chinese authorities launched an investigation last year that triggered a recall there last month.
The announcement is another blow to the image of the German carmaker after the Dieselgate emissions cheating scandal forced a worldwide recall of 11 million cars and payment of billions of euros in penalties and civil settlements.
cw/cmk (AP, AFP, dpa)