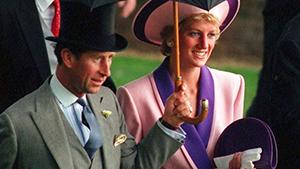 FoxNews.com
A series of events have been planned ahead of the 20th anniversary of the death of Princess Diana.

Diana died on Aug. 31, 1997, after she was in a car crash which killed her boyfriend Dodi Fayed and the couple’s driver, Henri Paul. Her funeral at Westminster Abbey in London was reportedly watched by 2.5 billion people worldwide.

The princess left behind two sons, Prince William and Prince Harry, who were 15 and 12 years old, respectively, at the time. Now in their 30s, they went to Kensington Palace on Wednesday to visit a memorial garden for their late mother.

Here’s how Diana has been remembered ahead of the 20th anniversary of her death.

Diana’s two children participated in a BBC documentary, “Diana, 7 Days,” which will premiere on NBC on Sept. 1 and looks at the week after their mother’s death.

“I couldn’t understand why everyone wanted to cry as loud as they did and show such emotion as they did when they didn’t really know our mother,” William said in the program, admitting that he sometimes felt protective about it.

He said that “looking back over the last few years I’ve learned to understand what it was that she gave the world and what she gave a lot of people.”

The two princes also participated in “Diana, Our Mother: Her Life and Legacy,” which premiered on HBO in the U.S. in July.

Both recalled what their mother was like in the documentary. William said that Diana “was very informal and really enjoyed the laughter and the fun, but she understood there was a real life outside palace walls and she wanted us to see it from a very young age,” the Washington Post reported.

Harry, who called Diana “just the best mother ever,” also described Diana dressing him and his brother.

“I genuinely think she got satisfaction out of dressing myself and William up in the most bizarre outfits, normally matching,” he was quoted as saying. “It was weird shorts and, like, shiny shoes with the old clip-ons. And looking back at the photos, it just makes me laugh. I just think, ‘How could you do that to us?!’”

The musician, who famously performed at Diana’s funeral, also appeared in “Diana, Our Mother: Her Life and Legacy.”

Diana was famous for her AIDS activism. John said, “It was considered to be a gay disease and for someone who was in the royal family and who was a woman and who was straight and to have someone care from the other side was an incredible gift.”

Diana’s brother participated in “The Story of Diana,” an ABC documentary that premiered earlier this month. He was quoted as saying that his sister “was a special person, and not just a beautiful one.”

“Obviously 99.9 percent of the people had never seen her, or met her, but they felt something in her that was fascinating and intriguing, and a force for good,” he said.

Spencer also participated in the BBC documentary. He at first thought Diana’s car crash was a “bump” and recalled a phone call with his sister, the Daily Mail reported.

“My sister Jane called again and said it was looking quite serious, really quite serious,” he was quoted as saying. “She was on one line to me but because of her husband’s job as the Queen’s private secretary I could hear him on another line and I heard him go, “Oh no”, and then Jane said: “I’m afraid that’s it.’”

To honor Diana, the desk from her sitting room at Kensington Palace has been put on display in one of the Buckingham Palace rooms, which palace visitors can see until Oct. 1.

One day before the 20th anniversary of Diana’s death, Prince Harry, Prince William and William’s wife, Catherine, the Duchess of Cambridge, visited the Sunken Garden at Kensington Palace.

The palace’s Sunken Garden was turned into the “White Garden,” which opened in April and will be up until September, People reported.

It “has been planted with flowers and foliage, inspired by memories of the Princess’s life, image and style,” according to the charity Historic Royal Palaces.

TRH meet with Gardener Sean Harkin who designed the display, and Graham Dillamore who knew The Princess from working here over 30 years ago. pic.twitter.com/LPA9fUWp6i
— Kensington Palace (@KensingtonRoyal) August 30, 2017

In February, an exhibit showcasing Diana’s clothing, titled, “Diana: Her Fashion Story,” opened at the palace.

“Trace the evolution of the Princess’s style, from the demure, romantic outfits of her first public appearances, to the glamour, elegance and confidence of her later life,” Historic Royal Palaces says online.

In January, plans were announced for a Diana statue at Kensington Palace.

At the request of The Duke of Cambridge & Prince Harry a statue of Diana, Princess of Wales is to be erected at Kensington Palace. pic.twitter.com/zc4XvqlaSY
— Kensington Palace (@KensingtonRoyal) January 28, 2017

“It has been 20 years since our mother’s death and the time is right to recognize her positive impact in the UK and around the world with a permanent statue,” Diana’s sons said in a statement at the time.

Kensington Palace said it hoped that the statue would be unveiled before the end of the year.