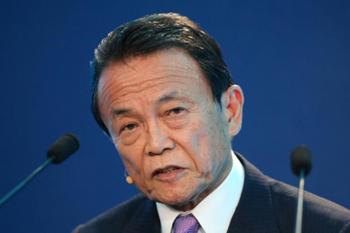 Tetsushi Kajimoto
TOKYO (Reuters) – Japanese Finance Minister Taro Aso said on Friday that he was cancelling a planned trip to the United States for preparatory economic talks because of national security uncertainties posed by North Korea.

North Korea fired a missile that flew over Japan and landed in waters off the northern region of Hokkaido early on Tuesday, marking a sharp escalation of tensions on the Korean peninsula.

Aso’s visit had been scheduled for Sept. 4-6, which would coincide with Prime Minister Shinzo Abe and Foreign Minister Taro Kono’s planned visit to the Russia’s Far Eastern city of Vladivostok on Sept. 6-7 to attend an economic forum.

“We don’t know what will happen to North Korea. (Abe) instructed me to stay in Japan to take all possible care because of the strained security situation,” Aso told a news conference after a cabinet meeting.

Aso said he would continue to arrange with the U.S. side to hold the second round of the bilateral economic dialogue, which he said was likely to take place in October after annual meetings of the International Monetary Fund.

Aso, who doubles as deputy prime minister, and U.S. Vice President Mike Pence have led the U.S.-Japan economic dialogue, which was launched in April to exchange views on trade, investment and economic policy issues.

The U.S. side told Aso that they “hope to hold constructive talks in the second round,” Aso added.

However, some analysts worry that Trump’s administration, which is facing growing domestic turmoil, could pile pressure on trading partners for concessions that would boost U.S. exports under his “America First” policy.

The upcoming talks could also include the issue of safeguard tariffs Japan has imposed on frozen beef from the United States and some other countries.

Aso brushed off speculation that a controversy kicked up by his references to Adolf Hitler in remarks earlier this week played any part in the decision to cancel next week’s visit to the United States.