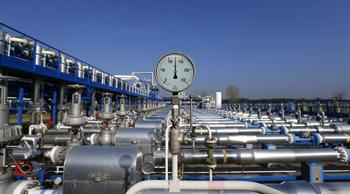 By Nick Cunningham
The East Coast will start feeling the effects of Hurricane Harvey as the gasoline supplied from the Gulf Coast starts to dry up. One of the most important pipelines that ships refined products to the Eastern Seaboard shut down on Thursday, which means that the U.S. Southeast, Mid-Atlantic, and Northeast could see supply disruptions and price increases.

The Colonial Pipeline carries gasoline, diesel and jet fuel from several refineries in Houston, Port Arthur and Lake Charles, along the Texas and Louisiana Coast, up through the U.S. Southeast to Washington DC, Baltimore, and New Jersey.
The pipeline had been operational through the worst of the Hurricane, easing fears about supply disruptions. But the outages at the nation’s top refineries along the Gulf Coast have forced the Colonial Pipeline company to announce on Wednesday that it was shutting down Line 2, which carries diesel and jet fuel due to “supply constraints.” And on Thursday, the company shuttered Line 1, the pipeline that carries gasoline. The pipeline company said that operations would only resume when it can “ensure that its facilities are safe to operate and refiners in Lake Charles and points east have the ability to move product to Colonial.”
It is hard to overstate the critical role that the Colonial Pipeline plays. It carries 2.5 million barrels of refined products per day, or as the FT notes, “roughly one in every eight barrels of fuel consumed in the country.” More importantly, it is one of the only suppliers for major cities on the eastern seaboard, including New York, Washington DC and Atlanta.
“With no refineries between the Gulf coast and Pennsylvania, the south-east is largely dependent on pipelines from the Gulf coast for their fuel, with Colonial being the largest,” Jason Bordoff, the director of Columbia University’s Centre on Global Energy Policy, told the FT. “With Colonial shut and a quarter of Gulf coast refining capacity out, the south-east will need to get fuel from storage, other forms of transport from the Gulf like trucks and ships, and imports. Consumers will see the impacts of these disruptions and higher cost alternatives in higher prices paid at the pump.”
It is unclear when the refineries will be able to come back online, but there are some signs of recovery. Corpus Christi, a major refining and oil import/export center that was slammed by the hurricane, is starting to bounce back. According to IHS Markit, the city is “faring the best” among the cities on the Texas coast that were badly hit, with its four major refineries set to resume operations this week.
But that does little for the Colonial Pipeline, which depends on refineries further up the coast along the Texas-Louisiana border, an area that was dealing with catastrophic flooding mid-week.
The disruption of nearly a quarter of the nation’s refining capacity has already led to a spike in gasoline prices. But gasoline futures continue to surge, made worse by the shutdown of the Colonial Pipeline. During midday trading on Thursday, gasoline futures for September were up nearly 12 percent.
“It’s one thing to not have refiners,” Dan McTeague, an analyst at GasBuddy.com, told Bloomberg. “It’s quite another thing to not have pipelines.”
Consumers along the East Coast will soon see the effects. Bloomberg reports that Valero Energy has stopped supplying gasoline stations that are not Valero-branded outlets. Shell has reportedly also curtailed fuel supplies at the retail level.
East Coast refineries are struggling to keep up as the gap has grown too big. Reuters reported that at least two refineries on the East Coast are out of gasoline. “I’ve never seen a situation this bad,” one East Coast market source told Reuters.
In the short run, refiners from Europe and Asia could help fill the gap, sending supplies to the U.S. East Coast. But the Reuters source says refiners abroad won’t be able to resolve everything. “Imports can’t make up for this. … This is going to be the worst thing the U.S. has seen in decades from an energy standpoint.” It should be noted, however, that many market watchers view the supply disruptions as temporary.
When things get back to normal, there will be strong demand for both crude oil and refined products. WTI has suffered a heavy discount relative to Brent, so the U.S. will have no problem finding customers, even as far away as Asia. And so far, there has not been reports of major damage at the Gulf Coast refineries, although with flood waters still in the Port Arthur area, it is still unknown how quickly they will return to operation.
There are some reports as of Thursday that the Colonial Pipeline could resume operations within days, which, if true, could prevent the gasoline shortage from getting too bad.
The federal government is also trying to accelerate the recovery. With an eye on the nation’s fuel supply, the Department of Energy authorized a release of crude oil from the strategic petroleum reserve in order to help Phillips 66 get its Lake Charles refinery up and running. The SPR release is reportedly an “emergency exchange agreement” – a swap or a long of sorts – in which Phillips 66 has to pay back in crude at some point in the future. Phillips 66 will receive 500,000 barrels (200,000 barrels of sweet and 300,000 barrels of sour) of oil for its refinery.
By Nick Cunningham of Oilprice.com