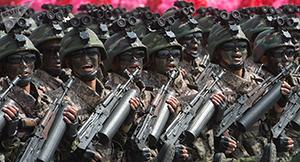 North Korea’s Foreign Ministry said Friday the recent missile launch marked the beginning of a military operation in the Pacific, according to state media.

TOKYO (Sputnik) — In a message carried by the KCNA news agency, the Foreign Ministry hit back at the United Nations for saying Tuesday’s launch of a ballistic missile over northern Japan undermined regional security.
Pyongyang said it rejected UN criticism as a violation of its right as a sovereign nation to defend itself against the United States and South Korea and promised to launch more projectiles into the Pacific.
The two allies have been engaged in a string of military exercises, called Ulchi — Freedom Guardian, allegedly to improve the South’s defenses. The annual drills on land, air and sea have been routinely slammed by the North as a preparation for invasion.
Separately, defense officials from the United States, South Korea and Japan held a video link-up earlier on Friday where they agreed to step up cooperation to better respond to Pyongyang’s threats, according to the Yonhap news agency.