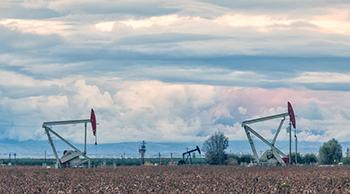 By Irina Slav
When the Mississippi Public Service Commission earlier this year asked Southern Co. to pull the plug on its plan to turn the Kemper power plant into a clean-coal, carbon-capturing facility, the prospects of carbon capture and storage becoming a mainstream approach in power generation became a little bit gloomier.

Luckily, Southern Co. is by far not the only one working on CCS. One startup in Texas is forging ahead, preparing for the first tests of its gas-fired, 50MW power plant that runs on natural gas and captures all the carbon dioxide the generation cycle produces to use it in that very cycle.
In a story about the Net Power project, MIT Technology Review’s senior energy editor James Temple explains that the startup basically replaces the water that ordinary natural gas plants use to heat up to steam and power the turbines with carbon dioxide. Net Power’s generator uses supercritical carbon dioxide—a state of the compound that is achieved through high heat and pressure to make it acquire properties of both gas and liquid, and use it to power the turbines.
Here’s how Temple describes the process, called the Allam cycle by the scientist who developed it, Rodney Allam, chief technologist at 8 Rivers Capital—one of the three companies partnering on the Net Power project, which also involves Exelon Generation and power plant builder CB&I.

“The cycle works like this: the plant operators initially feed pure oxygen, carbon dioxide, and natural gas into a combustor, which ignites the gas. The main by-products from that process are hot water and a lot of supercritical CO?, which acts as an efficient “working fluid” for driving the adjacent turbine. In turn, the carbon dioxide goes through a series of compressors, pumps, and heat exchangers, all of which help recuperate as much of the heat as possible and return the carbon dioxide to the beginning of the cycle.”
The important thing that would set Net Power apart from other CCS projects is that it is supposed to be much cheaper than comparable initiatives. Cost is the biggest stumbling block for carbon capture technology right now, offsetting its advantages. If Net Power’s tests, scheduled for November or December, prove that the Allam cycle works as planned, it could constitute a real breakthrough in clean energy.
In fact, it could turn out to be the best new energy solution. Hydropower is geographically constrained. Renewable energy generation is an intermittent affair and reliable storage systems are yet to become a usual part of the solar and wind power landscape. Nuclear is green but inherently risky. Carbon capture-based technology like the Allam cycle has none of these disadvantages. The challenge for the people involved in the project is the cost, and now they’re saying they’ve already solved it.
A traditional combined cycle gas power plant cost US$1,056 per kW of capacity three years ago. 8 Rivers Capital, the lead partner in the Net Power project, says at the moment, their clean power plant costs US$1,600 per kW, but that’s because of additional costs that tend to crop up in first-of-its-kind projects. By the fifth or seventh plant, they say, costs should fall to around US$1,000.
By Irina Slav for Oilprice.com