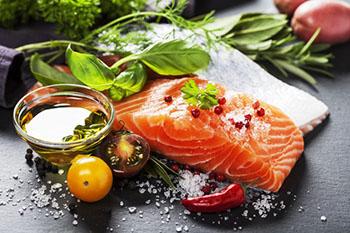 Mind you, I first read this while lying on my back doing leg lifts at Fitness Firm, the gym I belong to. When I asked Randy Nicholson, the owner, where he got the quote, he shrugged and said his wife had told him. Next, I tried to Google it, but still I couldn’t find the originator of this quote, so whoever came up with it, thank you. As we enter the 21st century, it has become increasingly apparent that disease management has become more complex, as more and more people are able to not only survive, but thrive, with several chronic diseases simultaneously.

This is especially true in the field of infectious disease, because it is not unusual for me to see a diabetic with high cholesterol and hypertension with either a wound infection or chronic cellulitis of the lower extremities. In the last decade, there have been many articles written on the very subject. The best quote that I found was in the 2006 article titled “Emerging Infectious Determinants of Chronic Disease”, in the journal Emerging Infectious Disease which states, “A spectrum of diverse pathogens and chronic syndromes emerges, with a range of pathways from exposure to chronic illness or disability.” Translation: complex diseases are leading to more complex infections. This is becoming very evident as we begin to understand the complexity of biofilm and how recalcitrant chronic wounds are to heal through conventional therapies.
One way to combat this recent phenomenon is to go back to what the ancients practiced, which was to recognize the importance of good nutrition on health. In 400 BC, Hippocrates believed that the safest way to good health was a combination of good nutrition and exercise, not too little and too much. Meanwhile, in that same time period, Chinese physicians realized that preventive medicine was superior to treating preventable disease and this could be achieved through diet and exercise.
Unfortunately, in the last half century or so, the human race in general has lost its way when it comes to preventing chronic disease through good diet and health. It is multi-factorial as to how we wound up in this situation. There are more people, technology created labor saving devices allowing for more free time to allow us to do important things like watch TV, play video games and participate in social media – just to name a few. There is more, however, and this is what I believe is the unholy alliance among Madison Avenue (advertising), the food industry and the pharmaceutical industry.
The mind-set over the last fifty years has been: don’t bother cooking, it’s more convenient to pop a TV dinner in the oven/microwave or just go to your favorite fast food place. The food there is delicious because of all the salt and sugar added to the meal. Compound this mindset with: don’t worry about how you are poisoning yourself, we have the antidote for you in the form a pill. The latest example of this is the Nexium commercial where grandma is filling some guy’s plate with a ton of food but he’s worry about his reflux. Not to worry, he takes Nexium so he can stuff himself. Not to be out-done, Maggiano’s has gotten on the health kick also, offering “lighter” versions of certain meals so that you don’t have to go to Pilates class or eat a quinoa salad.
With this type of persuasion, is it not surprising that both diabetes and obesity, both of which are preventable in most cases, is accelerating here in the United States. Not only here, but also throughout the world in 2010 according to multiple sources, including New England Journal of Medicine, Nature and Diabetes Research. India and China make up 51% of all diabetes cases worldwide. It’s not surprising then to see that today,
Sadly though, in 1960, we spent three times more on food than we did on healthcare.
If we wish to see a healthier population here in the United States and throughout the world, we need to reverse this current trend and put more money towards good, healthy food and less on medicine. We should be reserving medicines for those that truly need it, and start teaching prevention. And there is no better prevention than eating healthy.
It is important for us to get back in the kitchen and cook. Several studies have shown that certain nationalities such as the French and Italians have a lower rate of obesity when compared to us here in the United States because they spend more time in the kitchen. In contrast, people of the UK have the same obesity rate as we do because they spend approximately the same amount of time in the kitchen as we do.
It is not only important to start cooking but knowing what to cook. You may want to make that tater-tot casserole at home, but is that a choice for your diet and health? National Geographic this month has done an excellent focus called The Evolution of Diet on the benefits of eating like our ancestors. In this introduction, I’ll give some of my thoughts on two diets that have been shown to be healthier but have some pitfalls that need to be mentioned.
The Mediterranean diet has been shown to be very beneficial for the prevention of both diabetes and obesity. Unfortunately, when you mention the Mediterranean diet to most people, they envision spaghetti with meatballs, garlic bread, a bottle of Chianti and a side order of pizza. The reality is that the Mediterranean diet consists of a daily consumption of fruits and vegetables, legumes and nuts with a base of whole grain products such as whole grain breads and pasta along with rice, polenta, potatoes and quinoa. Meats such as chicken and fish are consumed on a weekly basis and red meat maybe once or twice a month.

DIET AND HEALTH: Is the Mediterranean Diet Right for you?
The Paleo diet is very controversial in the medical community and is discouraged by many healthcare professionals. With the Paleo diet the base of the food pyramid is meat and dairy. Vegetables, nuts, and berries are consumed moderately and fruits rarely. Carbohydrates such as bread, rice and pasta, are never consumed. The concern with those that oppose the Paleo diet is that the consumption of red meat leads to high cholesterol levels, running a higher risk of cardiovascular disease. Proponents of the Paleo diet believe that the risk for high cholesterol is due to the high consumption of carbohydrates in the Western diet today. I cannot argue this last point, as it is my belief that the American diet has become carbohydrate centered between flour-based products and other starches.
I do have a concern with the Paleo diet though, and it is based on the energy consumption of our Paleo ancestors compared to today’s energy consumption. Our Paleo ancestors were hunter/gathers which meant they were constantly on the move carrying all their possessions back as they followed migratory game herds through their annual migrations. They did not eat and sleep in controlled environments as we do in our houses today. Today we commute to work and don’t have to hunt for our meals as our Paleo ancestors did. Translation: the energy requirements of our Paleo ancestors were much greater than that of ours today.
DIET AND HEALTH: What is the Paleo Diet?
That being said I know several people who are very healthy by adhering to the Paleo diet. These people exercise vigorously several hours a week (7-10hours/weekly) which is key. Unfortunately for many, though they may want to exercise that way, but there just aren’t enough hours in a day when you factor in commute times, dual careers and obligations with children between school and extra-curricular activities. A half-hour of moderate exercise six times a week may still be too time consuming. For these people, the Mediterranean diet may be beneficial. The concern, though, is the amount of grains and starches that they may consume on a daily basis.
The bottom line is that diets, like most of medicine, have to be tailored to the individual and the individuals have to see what works for them. For me and my wife, a modified Paleo diet (fish, chicken mostly with some red meat and a lot of vegetables) along with 3-4 hours of vigorous exercise weekly works well.
Dr. Pugliese received his doctorate in medicine from St. George’s University School of Medicine and completed his Infectious Disease Fellowship at Winthrop University Hospital, Mineola, N.Y. Dr. Pugliese is a member of several professional organizations, including: Infectious Disease Society of GA, Infectious Disease Society of America, American College of Physicians and American Medical Association.