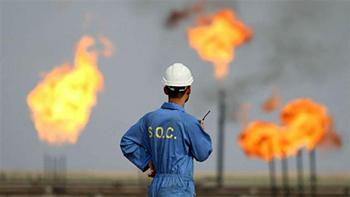 By Haley Zaremba
This week Egypt signed three major exploration deals with oil giants Royal Dutch Shell and Apex worth at least $81.4 million. The hefty international contracts will kickstart a large-scale oil and gas exploration in 16 new fields in the oil-rich Western Desert.

In a statement released by the Petroleum Ministry, it was announced that Shell will be investing $35.5 million in a single deal, while U.S.-based Apex has signed two different deals totalling $45.9 million, a hefty investment for their first ever projects in Egypt. The deals collectively encompass a massive 1.7 million acres, comprised of the areas of West Badr el Din and South East Meleiha.
While Egypt was once a major player in the global oil supply, their production has fallen sharply over the last years as demand has increased, putting them in the unfortunate position of being a net importer after years of being an energy exporter. Now, after the last few years of political turmoil, the government is making effort to get back on its feet. These deals with Shell and Apex are just the latest in an aggressive government campaign to bring foreign investment and exploration back onto Egyptian soil.
Earlier this month Egypt’s General Authority for Petroleum (EGPC) also announced that it would hold a tender for bids for oil exploration on the opposite side of the country in the Eastern Desert, including 50-square-kilometer Wadi Dara and 20-square-kilometer block G in West Gharib. All bids must be submitted before the end of the year.
In addition to a major boost in oil, Egypt is also aggressively ramping up its gas output. According to predictions by the country’s petroleum ministry, three of the nation’s newest natural gas fields are expected to collectively raise Egyptian gas output by 50 percent by 2018 and by 100 percent in 2020. Output has already been on the rise this year, and the government has released figures that show 5.1 billion cubic feet per day of production, a 0.7 billion cubic increase from last year thanks to the opening of a new phase of BP’s North Alexandria project. These developments are coming at the same time that Egypt (along with Saudi Arabia, Bahrain, and other Gulf allies) is boycotting Qatar, the largest liquefied natural gas exporter in the world.

In 2015, Italy’s Eni discovered Egypt’s largest gas field “Zohr” in the Mediterranean, with estimated reserves of about 850 billion cubic feet. The company completed development procedures in February, and aims to begin production by the end of this year, a big step toward Egypt’s goal of natural gas self-sufficiency by the end of 2018.
International investment institutions are watching all of these developments with a hopeful eye. Egypt is expected to experience major economic improvement and a significant decrease in inflation rates in the next years thanks to increased foreign spending, mostly in oil and gas and a dramatic cut of interest rates by the Central Bank of Egypt.
According to a report on the Egyptian economy, UAE-based Renaissance Capital said that over half of the foreign $4.1 billion in direct investment in Egypt in the fourth quarter of 2016 went to the oil and gas sector. The biggest buyers were Britain (who has always been the biggest foreign contributor in Egypt), the United States and Belgium, while the United Arab Emirates is the largest investor from the countries of the Gulf Cooperation Council. And if you don’t take them at their word, just follow the money: Renaissance Capital also recently announced that it will be opening a Cairo office.
Not everyone, however, is so confident about Egypt’s potential turnaround. Swiss financial firm Credit Suisse Group has forecasted that the global demand for Egyptian oil will fall to 5,000 this year, a 90.1% from last year’s 51,000 barrels per day. They also predict that that number will continue to fall, reaching a low of 4,000 barrels per day in 2018.
Despite the mixed messages, the majority of industry experts seem to agree that Egypt is heading toward a major economic turnaround in the coming years. We can likely expect a new era of plentiful oil and gas coming from Egypt in the energy comeback of the year.
By Haley Zaremba for Oilprice,com