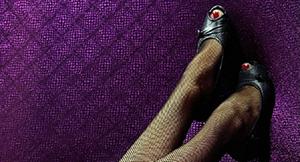 All German brothels could soon be forced to get a “seal of approval” that will identify their consistency with required safety standards, Deutsche Welle wrote.

The system is comparable with the star system for hotels and restaurants and is designed to contribute to the safety of the sex industry, as well as improve the lives of prostitutes, a German sex industry association argues.
According to the German brothel owners’ association, BSD, the new measure is aimed at fighting violence and sexual abuse, as well as ensuring fair and hygienic working conditions. The initiative is partly based on Germany’s Prostitution Protection Act, but BSD members believe that it would be a better alternative to the existing legislation.
“This seal has many advantages,” BSD chairwoman Stephanie Klee was quoted by Deutsche Welle as saying. “For one thing it means we can look at the individual establishments, how good they are, how they can be categorized and give them an incentive to improve. And we can tell sex workers, customers and authorities that these are good, serious places that have transparency.”
However, the bid has caused controversial reactions among the German public. Although prostitution is legal in Germany, some have criticized the move as useless.
“A seal of approval as confirmation that [prostitutes] are ‘self-employed and confident’ is a mockery,” former prostitute and activist against prostitution Sandra Norak wrote in her blog, cited by Deutsche Welle. “To try to put a seal of approval on whether a person working in prostitution is not in a desperate — or forced — situation, is not a victim of crime or human trafficking, is dubious, because no one apart from the person themselves and the people doing it to them can know 100 percent for sure.”

In July, Berlin had initiated new stricter laws regulating prostitution in the country. The new legislation was designed to mitigate widespread human trafficking and increase scrutiny for sex workers.
Under the new laws, all sex workers are compelled to register and receive an ID card to practice their trade, as well as undergo a comprehensive medical consultation.