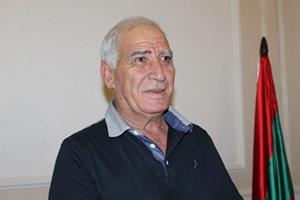 “Coordination is ongoing between the (Palestinian) security forces and the Lebanese army,” to maintain stability at the Palestinian refugee camp of Ain el-Hilweh in Sidon, said Abou Arab in an interview to the VDL (93.3).

He pointed out that a “security committee was formed to coordinate the handing over of fugitives hiding in the camp to the Lebanese state.”

“We are with the Lebanese state. We want security and stability in the camp. We refuse that it be turned into another Nahr al-Bared (battlefield),” he said.

Urging fugitives taking refuge at the camp to surrender, he said: “There are around 40 fugitives in the camp, we urge them all to surrender themselves in to the Lebanese State for trial to preserve the camp’s security.”

Abou stressed commitment to “any decision taken by the Lebanese State.”

The restive southern Ain el-Hilweh camp had witnessed a week of deadly clashes last month between the secular Fatah Movement and small Islamist groups led by the militants Bilal Badr and Bilal al-Orqoub.

By longstanding convention, the Lebanese army does not enter Palestinian refugee camps in Lebanon, leaving the Palestinian factions themselves to handle security.

Ain el-Hilweh — the most densely populated Palestinian camp in Lebanon — is home to some 61,000 Palestinians, including 6,000 who have fled the war in neighboring Syria.

Several armed factions including extremist groups have a foothold in the camp which has been plagued for years by intermittent clashes.