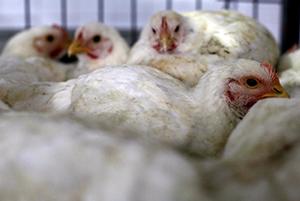 Chicken exports totaled 416,800 tonnes last month, confirming a recent forecast by ABPA that it would be the around 400,000 tonnes.

In financial terms, processed and chicken exports generated revenues of $690.6 million in August, a 13.1-percent rise from the same year-ago period.

The numbers signal the resilience of the world’s largest chicken exporter despite a food inspection scandal that led to stricter sanitary controls in Brazil and its export destinations.

An investigation into whether food companies bribed inspectors to evade safety checks, the so-called Weak Flesh probe in March, caused temporary bans on Brazilian meat exports which were later lifted.

“The month of August marks a rebound from the tough scenario in the second half,” Francisco Turra, ABPA president, was quoted as saying in the statement.

The association forecasts the pace of Brazilian chicken exports will remain strong, adding it is on track to surpass the 4.3 million tonnes exported last year.

Since the March ban, only countries buying 0.4 percent of Brazilian chicken exports have not lifted the embargos. These include Congo, Benin, Saint Vincent and the Grenadines,

Saint Kitts and Nevis and Mozambique, according to ABPA.