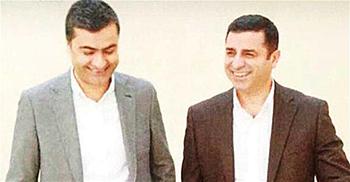 Five lawmakers in the Turkish parliament are facing the risk of being stripped of their statuses as members of parliament in the new legislative year, set to kick off on Oct. 1.

Abdullah Zeydan, Besime Konca and Çağlar Demirel from the Peoples’ Democratic Party (HDP), and Enis Berberoğlu from the main opposition Republican People’s Party (CHP), whose cases are pending in court amid their appeals, risk losing their seats in parliament. Leyla Zana from the HDP also may face dismissal for failing to attend parliamentary sessions.

In the previous legislative year, four lawmakers had been stripped of their seats in parliament.

HDP lawmakers began facing prosecution after their parliamentary immunities were lifted in March 2016.

After the immunities were lifted, hundreds of summary proceedings were issued against 50 HDP lawmakers in parliament, which led to 12 HDP lawmakers, including co-chair Selahattin Demirtaş and former co-chair Figen Yüksekdağ, being imprisoned. Yüksekdağ was stripped of her seat in parliament in February as she was being convicted on terror charges.

The Turkish constitution rules that a deputy can be removed from their status after failing to attend parliamentary sessions without any excuses or being absent for five sessions by a majority in parliament, which has to make the decision within a month.

But only in the case of dismissal over absenteeism, the lawmaker can appeal to the Constitutional Court for the decision to be annulled on the grounds that it is contrary to the constitution, law or the rules of procedure.

The Constitutional Court is obliged to make the final decision on the appeal within 15 days.