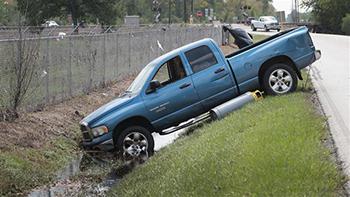 The number of deaths attributed to Hurricane Harvey, which recently hit the US Gulf coast, has reached at least 60 people, according to Texas emergency management officials.
The majority of the victims were people drowning in flash floods or water-logged roads, they told the AP on Monday.

Harris County, which is home to the US fourth largest city Houston, has the highest death toll with 30 confirmed Harvey-related deaths as it saw the worst flooding during the tropical storm.
According to county emergency management spokeswoman Cynthia Jamieson, two deaths were caused due to the fall of trees onto two houses. Trees landing on vehicles have also led to a couple of deaths in people driving outside of Jasper, Texas.
Harvey hit Texas as a Category 4 hurricane on August 25 to bring about the worst flooding in Houston ever, with the rain totaling nearly 52 inches in some spots in affected areas.

Mayor Sylvester Turner has declared the city “open for business,” as efforts were under way to fund relief.
US President Donald Trump who has visited the disaster areas twice is seeking a $7.9 billion down payment from US Congress for relief efforts in the wake of the massive storm.