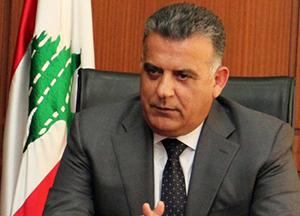 General Security chief Maj. Gen. Abbas Ibrahim said on Monday that Lebanon still faces the threat of terrorism and will likely witness a new form of confrontation despite the victory it recorded in ousting the Islamic State militants form its eastern border, the pan-Arab daily Asharq al-Awsat reported on Monday.

“Terrorism still surrounds Lebanon despite the triumph achieved on the eastern border,” said Ibrahim in an interview to the daily, adding that its is likely for the country to “witness a new form of confrontation,” but assured that the Lebanese army will be “on the lookout” for any signs of danger.

Commenting on the removal of Islamic State jihadists from the Lebanese-Syrian border following separate but simultaneous operations by the Lebanese army and Hizbullah on both sides of the frontier, he said: “Terrorism in its geographical sense has receded from Lebanon after the defeat of the IS and al-Nusra Front, but that does not mean that danger has subsided.”

Pointing out to the armed clashes in the restive Palestinian refugee camp of Ain el-Hilweh in the southern city of Sidon, that broke out in conjunction with the army’s offensive on the outskirts, Abbas said that the timing was intentional.

“When the army started its battle, the terrorists tried to relieve the pressure on their colleagues,” said Abbas, “but the wise Palestinian forces were alert and responded to the message we conveyed that it is not permitted for the camp, not now nor later, to become a focal point to strike the Palestinians and the Lebanese.”

Ain el-Hilweh, the most densely populated Palestinian camp in Lebanon, witnessed a week of deadly clashes last month between the secular Fatah Movement and small Islamist groups led by the militants Bilal Badr and Bilal al-Orqoub.

By longstanding convention, the Lebanese army does not enter Palestinian refugee camps in Lebanon, leaving the Palestinian factions themselves to handle security.

The camp is home to some 61,000 Palestinians, including 6,000 who have fled the war in neighboring Syria.

Several armed factions including extremist groups have a foothold in the camp which has been plagued for years by intermittent clashes.