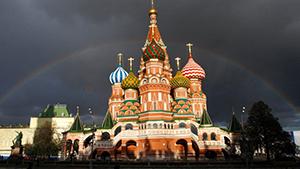 Russia has called for a non-military resolution to the tensions relating to North Korea at the emergency UN Security Council meeting, convened following an underground hydrogen bomb test carried out by Pyongyang on Sunday.
“We call for the international community not to be ruled by emotion, but to approach the situation in a calm and balanced manner,” said Russia’s representative at the UN, Vasily Nebenzya, during Monday’s meeting in New York.

“Moscow once again emphasizes that a comprehensive solution to the nuclear and other problems on the Korean peninsula can only be achieved through political and diplomatic means, including through the mediation by the UN General Secretary.”
Meanwhile, China’s UN ambassador, Liu Jieyi, said that “we strongly urge (North Korea) … stop taking actions that are wrong, deteriorating the situation and not in line with its own interests either and truly return to the track of resolving the issue through dialogue.”
The envoy has called on all parties to “seriously consider” the double-freeze plan proposed by China and Russia and “actively respond to it.” The plan would see Pyongyang suspend its missile tests in exchange for a halt in joint US-South Korean drills. The plan has been rejected by Washington.
The US is due to present a North Korean sanctions resolution at the UN, and is aiming for a vote to take place in a week, according to AFP.
It comes after US ambassador to the United Nations Nikki Haley said earlier on Monday that it was time for the Security Council to impose “the strongest possible measures” on North Korea over its six and largest nuclear test conducted on Sunday, because “enough is enough.”
Haley said the sanctions approach towards Pyongyang since 2006 has not worked, and accused North Korean leader Kim Jong-un of “begging for war.”
“Despite our efforts the North Korea nuclear program is more advanced and more dangerous than ever,” Haley told the council. “War is never something the United States wants. We don’t want it now. But our country’s patience is not unlimited.”
The United Nations’ Under-Secretary-General for Political Affairs, Jeffrey Feltman, also slammed North Korea’s actions on Monday, calling Pyongyang’s most recent test a “dangerous provocation” that is destabilizing for the region and the international community.
Separately, the Kremlin announced that Vladimir Putin called South Korea’s President Moon Jae-in, with a “condemnation of the flagrant violations” committed by their northern neighbor, but once again urged for international dialog, nor a further ratcheting-up of international tension.
Pyongyang claims the Sunday test involved a hydrogen bomb which can be mounted on an intercontinental ballistic missile (ICBM), according to state news agency KCNA.
“The H-bomb, the explosive power of which is adjustable from tens kiloton to hundreds kiloton, is a multi-functional thermonuclear nuke with great destructive power which can be detonated even at high altitudes for super-powerful EMP [Electromagnetic pulse] attack according to strategic goals,” the agency reported.