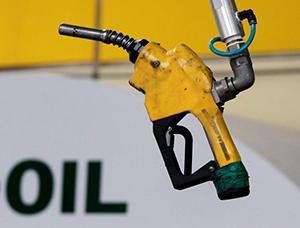 Market focus was also being drawn to Hurricane Irma, a record Category 5 storm, which is barrelling towards important shipping lanes in the Caribbean.
Although many refineries and pipelines which were knocked out by Harvey are now in the process of restarting, analysts say it will take some time before the U.S. petroleum industry is back to full crude processing capacity.
As of Tuesday, about 3.8 million barrels of daily refining capacity, or about 20 percent, was shut, though a number of the refineries in that group were in the process of restarting. Several others, including Marathon’s Galveston Bay and Citgo’s Corpus Christi refineries, were running at reduced rates, according to company reports and Reuters estimates.
U.S. West Texas Intermediate (WTI) crude futures Clc1 were at $48.57 barrel at 0333 GMT, 9 cents, or 0.2 percent, below their last settlement.
In international oil markets, Brent crude futures LCOc1 dipped 19 cents, or 0.4 percent, to $53.19 a barrel.
Meanwhile, Hurricane Irma is heading for the Caribbean islands of Antigua, Barbuda, Anguilla, Montserrat, St. Kitts and Nevis, the Virgin Islands, Puerto Rico, the Dominican Republic, and parts of Cuba.
“With another hurricane threatening to hit the U.S. coast, traders still remain cautious,” ANZ bank said on Wednesday.
Around 250,000 barrels of daily refining capacity in the Dominican Republic and Cuba lies in the currently expected path of Irma, Thomson Reuters Eikon data shows, with several tankers seen on satellite images changing their routes to avoid being caught by the storm.
“Maximum sustained winds are near 185 mph (295 km/h) with higher gusts. Irma is an extremely dangerous Category 5 hurricane … Irma is forecast to remain a powerful Category 4 or 5 hurricane during the next couple of days,” the U.S. National Hurricane Center (NHC) said.
There is another tropical storm on Irma’s heels in the Atlantic, and another one active in the Gulf of Mexico.
Reporting by Henning Gloystein; Additional reporting by Mark Tay; Editing by Joseph Radford and Richard Pullin