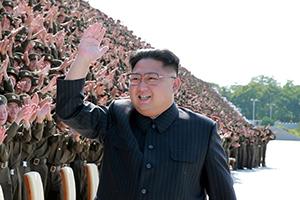 Talks and international sanctions have had a limited impact.
Krishnadev Calamur