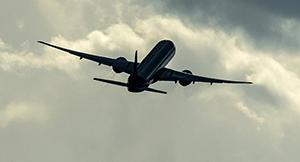 Minister Maxim Sokolov said that Russian has proposed to create a new body for investigating air accidents in place of IAC.

VLADIVOSTOK (Sputnik) — Russia’s Transport Ministry has shared a draft project with other members of the Eurasian Economic Union to create a new body for investigating air accidents in place of IAC, Minister Maxim Sokolov told Sputnik on Thursday.
“We have prepared this agreement and sent it to our colleagues in transport ministries or other authorities in charge of transport policies. We are ready in principle to form and launch this organ starting in 2018,” Sokolov said at the Eastern Economic Forum in Vladivostok, Russia.
The Interstate Aviation Committee is currently in charge of air accident investigations in 11 ex-Soviet republics that make up the Commonwealth of Independent States. Sokolov said Russia planned to pull out of IAC if an alternative EAEU mechanism were to be created.
“Of course, by suggesting it [creating new body] we intended to end our IAC membership… New reality requires new forms of cooperation with our neighbors in the Eurasian Economic Union,” he said. The minister added Russia would not put pressure on other IAC member states to quit.