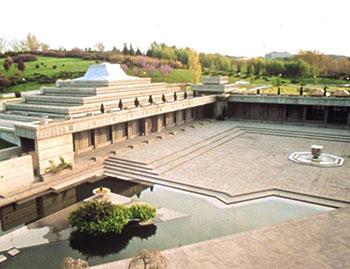 The mosque in the parliament complex will be torn down and replaced to host the increase in lawmakers, Turkish National General Assembly Chairman İsmail Kahraman said, addressing the parliament in Ankara on Oct. 1.

“To adapt to the increasing number of lawmakers, changes will be made [to the complex]. The mosque built during Prime Minister Turgut Özal’s rule will be reconstructed to fit current conditions,” Kahraman said, as he commenced the third legislative session of the 26th term.

Kahraman cited the number of lawmakers increased from 550 to 600 since the constitutional referendum held on April 16, 2017.

The decision regarding the mosque’s destruction came before an announcement of the parliament’s legal and auditory motives for the new legislative session, according to daily Habertürk’s report.

Following the coup attempt in July 15, 2016 when the parliament building was subjected to airstrikes, it underwent reconstruction and the mosque was closed for prayer. Although officials had connected the measure to “security issues,” word in the parliament’s corridors said the mosque would soon be torn down.

As the Ankara Architects’ Association had been trying to prevent the demolition since July last year by registering the mosque, the parliament had been using its right of objection against such a move.

The mosque, completed in 1989 and awarded the Aga Khan Architecture Award, had received mixed commentary as a structure with no minarets, and some had even thought it looked more like a church than a mosque.