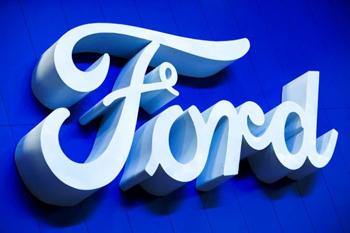 The review of its China operations, part of a broader strategy re-think under new CEO Jim Hackett, will likely see Ford focus on electric commercial vans, which China is encouraging in its polluted and congested city centers, as well as electric cars.

A shift to e-vans and e-trucks in China would also fit with Ford’s reckoning that a best play globally for electrification and autonomous driving might be in commercial and delivery vehicles – a part of the market where it is already strong in the United States and Europe.

The “One Ford” strategy – which helped the automaker’s turnaround under former CEO Alan Mulally – doesn’t fit all situations, the two insiders said, particularly in China and India, two crucial markets where Ford’s sales have slowed.

“That’s why nobody internally talks about ”One Ford“ (in those markets) anymore,” said one of the insiders, who are familiar with Ford’s Chinese strategy. Neither wanted to be named as they are not authorized to speak with reporters.

In a sign that Ford is turning away from what is essentially a global push of its Ford and Lincoln brands, the Dearborn, Michigan automaker wants to drive its truck-making China partner Jiangling Motors Corp (JMC) (000550.SZ) more toward electric commercial vans.

Such a move is “potentially lucrative” as China’s big cities effectively ban gas and diesel trucks and vans, and “none of the foreign automakers has made any major investment or strategic move in this emerging electric commercial vehicle segment,” said Yale Zhang, head of Shanghai-based consultancy Automotive Foresight.

Hackett was scheduled to give a presentation to analysts in New York later on Tuesday.

In India, Ford and local automaker Mahindra and Mahindra (MAHM.NS) said last month they will launch a strategic alliance in a market shifting to vehicle electrification.

In August, Ford said it was considering a joint venture with Anhui Zotye Automobile Co (000980.SZ) to build electric vehicles in China under a new brand, tapping Zotye’s low-cost electric-vehicle (EV) technology. One of the insiders said Ford was seeking Chinese regulatory approval for this.

It has also brought in Jason Luo, a Chinese-born American, from U.S.-based air bag maker Key Safety Systems to run its China operations. He has been tasked, one of the insiders said, with building closer ties with local partners including JMC and Changan Automobile Co (000625.SZ), working more effectively with regulators, and responding faster to changing consumer tastes.

“One big issue at Ford China is our decision-making process is too slow,” one of the knowledgeable insiders said. “We try to manage everything, all aspects of the business under ”One Ford“,” and that hobbled the company’s ability to move quickly, costing market share.

Ford’s China sales are forecast to decline 4.6 percent this year, according to LMC Automotive, a far cry from double-digit growth just five years ago.

Ford has no affordable electric plug-in cars for the Chinese market, despite it being little secret that Beijing planned new quotas for all-electric battery cars and heavily electrified plug-in hybrid vehicles. Those quotas were announced late last month.

Nor does Ford have a high-volume brand of affordable entry cars for China – such as the Baojun cars sold by rival General Motors Co (GM.N) and its China partner SAIC Motor Corp (600104.SS). Launched in 2010, Baojun sold more than 2 million vehicles last year.

With JMC, its nearly one-third-owned venture with JMC Group, Ford was slow to expand the light commercial vehicle maker into low-cost entry passenger cars – a market that has now become saturated with Chinese-branded cars and foreign-operated China-only brands like Baojun and Nissan Motor Co’s (7201.T) Venucia.

Ford’s missteps in China were partly through a rigid adherence to the “One Ford” mantra and a lack of local knowledge, one of the insiders said, noting company executives sent into China often lacked the cultural ties to work with Chinese regulators, policymakers and partners.

“Ford is having difficulty keeping up with ‘China speed’. Everything here moves so fast.” 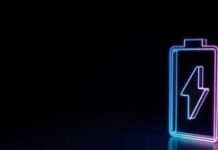 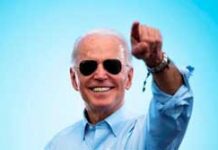