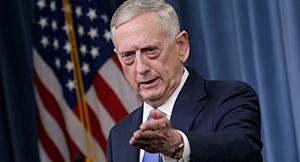 US President Donald Trump’s intention to withdraw the US from the 2015 Iran nuclear deal has been slammed by Iranian leaders and by high level members of his own administration, all in the same day.

He also called the Joint Comprehensive Plan of Action (JCPOA), the 2015 Iran nuclear deal inked by his predecessor Barack Obama, “one of the worst and most one-sided transactions the United States has ever entered into” and hinted that he intended to pull the US out of the deal.

Iranian Foreign Minister Mohammad Javad Zarif slammed Trump over his undercutting of the Iran Nuclear Deal. Speaking to Politico, Zarif said that the US withdrawing from the Iran deal “would make it tougher for anybody to believe and rely upon the United States — anybody, not just North Korea. You’ve seen US allies saying that the United States is not a reliable partner.”

“The Europeans have made it very clear to us and to the United States that they intend to do their utmost to ensure survival of the deal,” Zarif added.

Zarif’s comments mark a pivot away from the more bellicose rhetoric Iran took when it came to the US under former President Mahmoud Ahmadinejad, who was known for loudly espousing conspiracy theories about the Holocaust and the September 11, 2001, terrorist attacks.

Comparatively, Zarif simply said that Trump’s explosive UN comments were “unworthy of a reply,” while his boss, President Hassan Rouhani, said that he was “unmoved by threats and intimidation” in his own speech, and that it would be a “great pity if this deal is destroyed by rogue newcomers to the world of politics.”

Back in Washington, Zarif’s counterpart and Trump’s own defense secretary, former Marine Corps General James Mattis, told Congress that the United States should remain in the JCPOA. “At this point in time, absent indications to the contrary, it is something the president should consider staying in,” Mattis testified before the Senate Armed Services Committee on Tuesday. He also agreed that staying in the pact would be in the interest of national security.

Chairman of the Joint Chiefs of Staff General Joe Dunford, the highest ranking officer in the US military, said that Iran “is not in material breach” of the agreement, and that the JCPOA “delayed the development of a nuclear capability by Iran,” as intended.

During his presidential bid, then-candidate Trump railed against the JCPOA, calling it a bad deal that favored the Islamic Republic. Tehran was “laughing at the stupidity of the deal we’re making on nuclear,” Trump said in the summer of 2015. “We should double up and triple up the sanctions and have them come to us. They are making an amazing deal.”