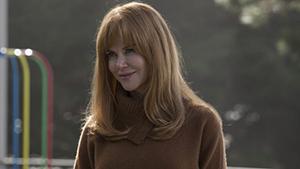 Nicole Kidman has opened up about the challenges she has faced in an “unequal world” in a bid to encourage more awareness around violence and inequality experienced by women.

Kidman, who won an Emmy for her portrayal as Celeste Wright, a lawyer who experienced domestic violence in Big Little Lies, has penned an open letter to her “3.5 billion strong and beautiful sisters” in Porter magazine to confirm her feminist stance.

“The idea that women and men are equal is apart of my DNA. I was raised by a strong feminist mother and fully supportive father, so it never occurred to me to that I should be at a disadvantage because I was born a girl,” she wrote.

“My feminist roots have also led me to UN Women and my work as its Goodwill Ambassador. It is in this role that I come to fully understand the barriers that women around the world are facing. I have focused on lending my voice to women who are survivors of violence. The stories I have heard from them have shaken me to the core and changed me forever.”

Writing for the publication, a glossy magazine published by luxury e-boutique Net-A-Porter, Kidman addressed the continual inequalities still faced by women around the world.

“Each of us, in ways big or small, will come across challenges, often arising out of the fact that we are women still in an unequal world. It has happened to me; I am sure it has to you,” she wrote.

“In those moments, I like to think of those who had my back, who lifted me up and encouraged me to believe in myself.”

The actor and producer prides herself on taking up projects and roles that “portray strong, independent women that went against the expectations of society,” she continued.

“It has been my driving force to make it in an industry that is still largely run by men.”

Kidman has served as a United Nations ambassador for about two decades, one of which has been with the organisation’s Development Fund for Women.

In 2009 she testified before the United States House of Representatives Committee in protest to Hollywood’s portrayal of women as sex objects and to show her support for the successful passing of the International Violence Against Women Act.