This fall is also shaping up to be an exciting one, but not necessarily in a positive way for the energy industry—fossil fuel and renewables alike.

The Energy Information Administration’s latest Natural Gas Monthly report found that natural gas production in the country hit a 2017 high in July, at 2.278 trillion cu ft daily. Consumption, on the other hand was 2.111 trillion cu ft daily in that month, which leaves a considerable surplus. No wonder, then, that LNG exports doubled on the year in July.

And yet there seems to be quite a lot natural gas staying at home, limiting the upward potential of prices. The Henry Hub benchmark has climbed up in the last couple of weeks, hitting an average of $3.13 per mmBtu at the end of last week, but unfavorable weather forecasts and robust production will cap the gains.

Already, natural gas is down this week, trading at $2.92 per mmBtu at the time of writing. It seems that traders are focusing on the negative influences, mainly the weather forecasts, rather than on the positive ones, such as the growing exports, which means prices will in all likelihood remain subdued.

Oil bulls had a good week last week, with crude oil prices recording their highest rally since the start of the year. It didn’t last, however, as the good news about finally declining global inventories that brought it about was displaced by fresh reports about higher OPEC output in September.

Add to this the end of driving season and the fact that historical data suggests the fourth quarter of the year is usually bearish for oil prices, and the end of the rally becomes unavoidable. Still, some analysts such as Citi’s Ed Morse insist that oil’s fundamentals are strongly in favor of a rally, and the price decline this week is only a result of a sell-off as traders took their profits.

Official OPEC production data for September is due out later this month, which should dispel any doubts as to where prices are going. Yet, if we’re to trust historical patterns, the months between end of driving season and the end-of-year holiday rush is a slow time for crude oil. That’s also maintenance time at a lot of refineries, which means one more bearish factor for prices.

Solar Industry at a Crossroads

Solar power companies bristled when a federal court last month ruled in favor of imposing import tariffs on crystalline silicon solar cells and modules, and are now waiting to see whether their worst fears will materialize with actual tariffs. Meanwhile, their stocks reacted with a high jump immediately after the ruling followed by a steep drop a couple of days later, as the implications of a tariff regime for solar modules started to sink in.

The court ruling was on a case brought in front of it by two solar panel makers, Suniva and SolarWorld, which the rest of the industry branded as incapable of turning a profit on their own. The plaintiffs claimed cheap Chinese cell and module imports undermined their own production.

The rest of the industry, however, lashed out at the two with the argument that Chinese cell and module imports were a major factor supporting the fast growth of the solar industry, making its products more affordable, hence stimulating consistent growth in demand. This demand is now under threat if tariffs are introduced, and so is the solar industry’s growth.

Bonus food for thought: A new study published in Nature has found that the U.S. oil and gas industry is just as reliant on subsidies as renewable energy. The study, from the Stockholm Environment Institute, found that almost 50 percent of new fields in the United States that began production in mid-2016 needed subsidies to be profitable with WTI prices at $50 a barrel.

The renewables industry can now throw this study in the face of oil and gas, which have mocked the green guys for needing subsidies to survive. Of course, the deeper question is how low exactly have production costs in the shale patch gone if new discoveries still need to be subsidized to make a profit?

By Irina Slav for Oilprice.com 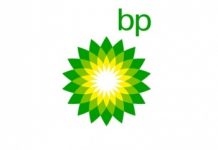