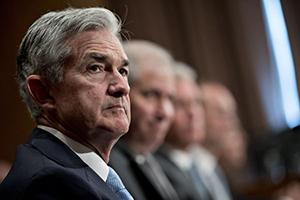 By Jennifer Jacobs and Saleha Mohsin

President Donald Trump’s advisers have given him a final list of people they’re recommending as candidates to lead the Federal Reserve and have ended the search, according to seven people familiar with the matter.

Two of the people said Fed Chair Janet Yellen remains under consideration — even though few, if any, of Trump’s inner circle are advocating for her re-appointment. Trump could bring in a wild-card candidate, but several of the people said that’s unlikely.

National Economic Council Director Gary Cohn recused himself from helping to manage the selection process after Trump said publicly in the summer that he might appoint him to the position, several people said. All of the people requested anonymity to discuss internal deliberations.

Only a small handful of the president’s closest advisers have seen the final list of names, several of the people said. Two senior administration officials who have been involved in the discussions say that in addition to Yellen, Trump is considering Cohn, former Fed board governor Kevin Warsh and current governor Jerome Powell.

There’s no frontrunner at the moment, several people said. Two people said the president has no plans to interview economist Glenn Hubbard and U.S. Bancorp Chairman Richard Davis, both of whom have been floated as possible candidates.

A fifth person, Stanford economist John Taylor, a favorite of fiscal conservatives, is also believed to be under consideration, two of the people said. It’s unknown whether Taylor has been interviewed or is scheduled for a meeting.

Trump is known to have spoken to Yellen, Cohn, Warsh and Powell about the Fed post, several people told Bloomberg News last week.

The latest developments show that Trump is closer to making a final selection than previously known. He said Friday that he is two or three weeks away from announcing his nominee for the post overseeing the nation’s central bank.

Simultaneously, the White House is searching for a Fed vice chair. Trump has four appointments to make to the Fed in total: chairman, vice chair and two governors.

The White House is urging the Senate to approve three simultaneous nominations for Randy Quarles, two people said: to fill an empty Fed governor’s seat until January 31, to a full 14-year term as a governor, and also to a four-year term as vice chairman of supervision. The Senate will vote Thursday on his nomination for the term that expires in January.