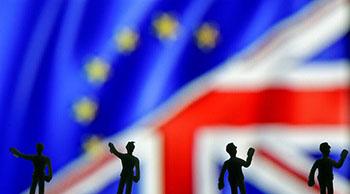 Britain will not pay €20 billion ($23 billion) to the European Union if the bloc doesn’t accept a broad Brexit trade agreement, says an unnamed senior British official as quoted by Bloomberg.

The official told the media the UK wouldn’t fulfill Prime Minister Theresa May’s promise to cover the country’s share of the EU budget through 2020. Moreover, Britain rejects liability for a share of the pensions of EU staff.

Last month, May pledged to honor all the UK’s financial obligations to the bloc and continue paying into the EU budget within the current fiscal period.

“I do not want our partners to fear that they will need to pay more or receive less over the remainder of the current budget plan as a result of our decision to leave,” May said in a speech in Florence.

The speech was supposed to encourage more constructive negotiations on financial settlement as the UK is planning to quit the 27-country bloc in March 2019.

However, the European Commission is still not satisfied with the progress in the Brexit talks.

“The taxpayers of the EU27 should not pay for the British decision,” the European Commission President Jean-Claude Juncker told the European Parliament.

“Speeches are not negotiating positions. The devil will be as always in the details,” Junker added.

The time is running out for London to reach the “heads of agreement” on a future trade deal with the EU, according to the unnamed officials, who say that the UK is about to quit the union with or without the desired trade deal.