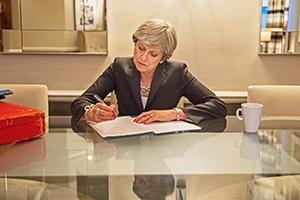 MANCHESTER, England (Reuters) – Prime Minister Theresa May will tell her Conservative Party on Wednesday it is not her style “to give up and turn away” when things get hard, trying to persuade critics that she can lead Britain and complete difficult Brexit negotiations.

In the closing speech of her party’s annual conference that was overshadowed by splits in her top team of ministers and recriminations after a botched June election, May will try to take charge and reset an agenda dominated by the complex talks to leave the European Union.

Weakened by the June election when she lost the Conservatives’ parliamentary majority, May has come under pressure from members of her party, most notably her foreign minister Boris Johnson who has set out his own Brexit plan.

Calling on the party to concentrate on voters instead of its internal disputes, May will say she was in politics “to make a difference. To change things for the better. To hand on to the next generation a country that is stronger, fairer and more prosperous”.

“None of this will be easy. There will be obstacles and barriers along the way. But it has never been my style to hide from a challenge, to shrink from a task, to retreat in the face of difficulty, to give up and turn away,” she will say, according to excerpts of the speech.

Her address could be make or break for the prime minister, whose attempt to present a united front at the conference has been undermined by Johnson, a possible leadership contender who received rousing applause for his speech on Tuesday.

May must also contend with a resurgent opposition Labour Party which accuses the government of mismanaging the economy and worsening social divisions. She and her ministers have sought to depict the Labour leadership as dangerous Marxists.

One senior Conservative said May must show “personality, vision and confidence” in her speech and offer “delegates hungry for ideas” something new.

The excerpts offered little insight into the main themes of the speech after a conference short of new major policy announcements. But from the words offered, she seemed to want to reassert her authority.

“Let us shape up and give the country the government it needs,” she will say.

“For beyond this hall, beyond the gossip pages of the newspapers, and beyond the streets, corridors and meeting rooms of Westminster, life continues – the daily lives of ordinary working people go on. And they must be our focus today.” 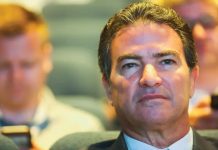