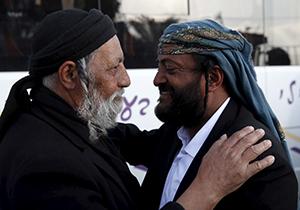 The mass immigration of Jews from the FSU to Israel was seen as a welcome blessing, but many have experienced difficulties proving their Jewish identity.

A new ruling in Jewish law permitting a specific genetic test to be used as proof of Jewish descent for certain Ashkenazi Jews is being promoted as a possible solution for potentially hundreds of thousands of Israeli citizens from the former Soviet Union (FSU) having difficulty proving their Jewish status.

The ruling comes from Rabbi Yosef Carmel, who is both co-head of the Eretz Hemdah Institute for Advanced Jewish Studies and a senior rabbinical judge on the private Eretz Hemdah rabbinical court in south Jerusalem.

The mass immigration of Jews from the FSU to Israel was widely seen as a welcome blessing for the country, but many of them have experienced difficulties proving their Jewish identity for marriage and other personal status requirements due to the suppression of religious activity by the former Soviet regime.

This has caused, and continues to cause, severe problems for these immigrants and their descendants, and threatens to become a wider social problem if ever-greater numbers of such people have their Jewish status rejected by the rabbinical courts and the Chief Rabbinate, as has been happening of late.

A new volume of responsa on matters of Jewish law, written at the Eretz Hemdah Institute under the direction and guidance of Carmel and Rabbi Moshe Ehrenreich, who also co-heads the institute, deals with a case in Munich, Germany, several years ago in which a woman sought to join a Jewish community and claimed to be Jewish.

She was asked for proof of her Jewish status, but much of her family had perished in the Holocaust and her living relatives would not help her since her maternal grandmother had survived and vowed not to have any further connection to the Jewish people. With no other way of proving her Jewish lineage, the woman took a mitochondrial DNA test and submitted it as evidence that she was indeed Jewish.

Carmel explained to The Jerusalem Post the scientific rationale behind the claim.

Mitochondrial DNA, the genetic material present in cellular bodies called mitochondria, is inherited exclusively from a person’s mother, and therefore genetic markers in this DNA can be traced back many generations to determine a person’s maternal ancestors with a high degree of certainty.

According to the rabbi, experts in Jewish genealogy and history have determined that fully 40% of all Ashkenazi Jews are descended from just four Jewish women who left the Middle East over 1,000 years ago and settled in Europe.

According to the scientific report commissioned by Eretz Hemdah for its ruling, there is a certainty of at least 90% and up to 99% that someone bearing specific genetic markers in their mitochondrial DNA is descended from one of these women.

The report was authored by Prof. Karl Skorecki, a prominent geneticist at the Technion-Israel Institute of Technology and Rambam Medical Center in Haifa, and Dr. Shai Tzur, a fellow geneticist from Rambam.

Carmel insists the genetic test cannot be used to revoke someone’s Jewish status – even if they were found not to have the relevant genetic markers – since only 40% of Ashkenazi Jews have them, and someone without them likely comes from the other 60% of the extended Ashkenazi Jewish family. He also avers that there is “no such thing as a Jewish gene,” explaining that the mitochondrial genetic test simply determines ancestry, not Jewishness.

But for the immigrants who belong to the 40% of Ashkenazi Jews descended from the four women, the test could be a breakthrough in their efforts to prove their Jewish status if they lack other forms of conventional proof, such as Soviet-era documentation and witnesses.

Carmel says that because the test relates very specifically to one group of people descended from four individuals, it cannot be abused in the future as a prerequisite for determining Jewish status.

“There would be no point at all in trying to search for a Jewish gene because it doesn’t exist,” he said in response to the question of whether other genetic tests could be sought for Jewish status affirmation in the future.

Carmel and Ehrenreich have submitted their responsa and the genetic study to the Chief Rabbinate in the hope that the test could be accepted as valid by the rabbinical courts as a way of proving the Jewish status of citizens who are otherwise unable to do so.

However, Rabbi Seth Farber, head of the ITIM religious services advisory organization, expressed concern that the test could constitute the beginning of a slippery slope to greater reliance on scientific methods to prove Jewishness, which he said runs counter to traditional Jewish law.

“In traditional Jewish communities, principles in Jewish law such as the presumption that a person or family is Jewish are what allowed Jews from the next neighborhood or shtetl to marry each other, and created a sense of community and kinship,” Farber said.

He pointed to a recent decision by the Supreme Rabbinical Court and its president, Sephardi Chief Rabbi Yitzhak Yosef, overturning the ruling of a lower court that had rejected a man’s Jewish status following a Jewish status clarification investigation.

Yosef ruled, according to the principle of majority, that since 75% to 80% of people undergoing such investigations are found to be Jewish, the man in question could also be presumed to be Jewish.

Farber said that genetic tests could threaten the use of such decision-making tools by rabbinical judges.

Carmel said in response to these issues that “While we appreciate Rabbi Farber’s concerns, our experience is that there are indeed many people who are truly unsure of their Jewish status and certainly unable to provide sufficient proof to be accepted by many rabbinical courts, and thus we would not want to deprive them of this opportunity to prove their Jewish identity. The concern of a slippery slope in this case seems less valid, because the mtDNA testing only applies to one segment of Ashkenazi Jews, and thus even if one does not turn up positive in the testing, all other current paths of proving Jewish identity are still open before him or her.”