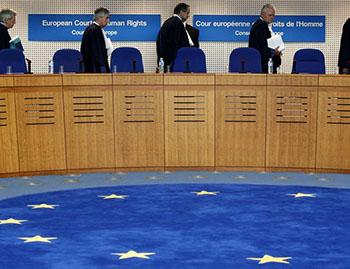 The European Court of Human Rights (ECHR) has rejected the list of judge nominees sent by Turkey to the court, deeming the candidates “insufficient.”

The ECHR has been searching for a name to replace the court’s vice president Işıl Karakaş, a Turkish judge whose term will end next year.

The initial list that Turkey sent to the committee responsible for selecting ECHR judges of the Parliamentary Assembly of the Council of Europe (PACE) included several names, including judges Hacı Ali Açıkgül, Fatma Bilim and Yusuf Aksar.

However, these names failed to receive the approval of a consulting unit made up of international experts, which told Turkey to prepare a new list.

In order to prevent deadlock, Ankara withdrew the list and chose to suggest new names.

The list was again not approved and the consulting unit told Turkey once again to renew the list, saying the names “lacked the necessary qualifications to be elected an ECHR judge.”

Ankara then chose to send the same list back, and the committee told the General Assembly of PACE to reject the names after interviewing them in Paris on Sept. 29. The judges were therefore unanimously rejected after being found “insufficient.”

In addition to necessary legal qualifications and experience, several practical elements are also considered in the ECHR’s judge selection process. Within this framework, states need to present a list of three people chosen in a transparent manner, also seeking to secure an equal number of men and women.

The candidates are required to speak English or French, which are the languages used by the ECHR, and at least have passive knowledge of another language that they are not completely in command of.